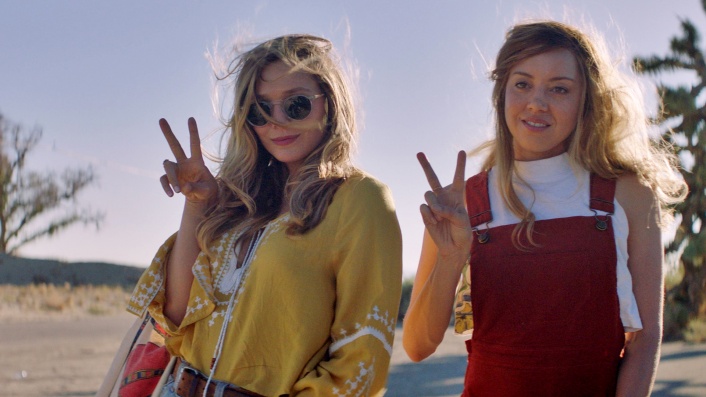 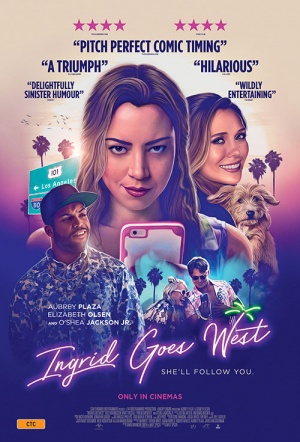 Following the death of her mother and a series of self-inflicted setbacks, young Ingrid Thorburn (Plaza) escapes a humdrum existence by moving out West to befriend her Instagram obsession, LA socialite Taylor Sloane (Olsen). After a quick bond is forged between these unlikeliest of friends, the façade begins to crack in both women’s lives...

As a society we’re still grappling with the ways social media is transforming the world, from our kids growing up knowing that ‘likes’ on Facebook equal popularity, to the president of the United States threatening nuclear war on Twitter.

Such a vivid and minute portrait of our boho-chic, mid-century modern, reclaimed wood, custom typography, shrub-swilling, microgreens-on-heirloom-quinoa moment that the characters can be outlines, and it doesn't really affect the ride.

A semi-ironic, yet still-empathetic “Single White Female” for the Facebook generation...

This isn't a simple takedown of social media-obsessed Californians - that would be too easy. Instead, Spicer looks past the emojis and pulls out the depression, inauthenticity and loneliness that's behind the need for constant online affirmation.

A necessary and mostly very entertaining film, arriving at exactly the right time.

It's very funny and hilariously judgmental about LA hipsterism and showbiz exclusivity.

Both a sharply funny satire of poseurs and pretenders and a withering tragedy with no clean moral exits.

...a darkly funny cautionary tale about the dangers of social media...

Plaza's tremendous performance shines, and the script thankfully is as interested in these characters as it is in commenting on social media culture.

Ingrid Goes West has fun with some social media tropes and Southern California tendencies, but it feels less like a satire than a cautionary tale, for both the envious and the envied.