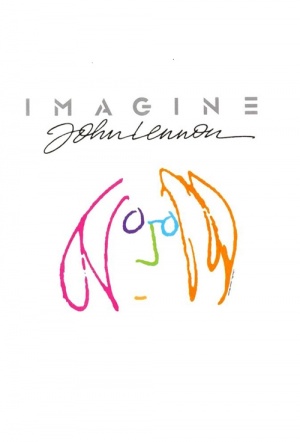 The acclaimed John Lennon documentary bio, formed from over 200 hours of film and videotape fortuitously taken by Lennon himself. The archive footage is used to build a life story of one music's greatest. We see the legend as an angry youth, a musician, a radical, a husband, a father, a lover and an idealist, through his own words and personal collection of film and music.

"When John Lennon was killed on December 8th 1980, he left behind some 200 hours of film and video footage, most of it never publicly seen, a lot of it in the category of home movies. The people who made Imagine: John Lennon had access to all of it, and so this is not a return visit to the familiar Beatles footage we've seen before. Although Imagine begins in Lennon's childhood and of course includes the Beatles period, the emphasis is on the years after the Beatles broke up and he merged with Yoko Ono." (Roger Ebert, Chicago Sun-Times)