I Love You, Daddy 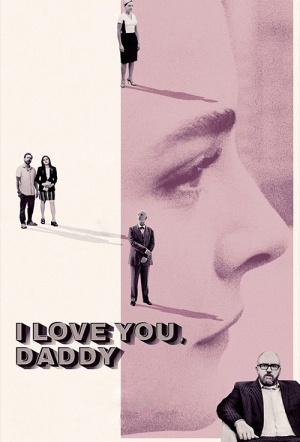 Louis CK co-writes, directs and stars in this comedy about a successful TV producer whose daughter (Chloë Grace Moretz) who becomes the interest of an aging filmmaker (John Malkovich). Now shelved indefinitely in the wake of CK's admitted sexual harassment.

TV producer Glen Topher is a divorced dad whose teenage daughter China is living with him during her senior year. Glen takes China to a Hollywood party where he meets his idol Leslie Goodwin (Malkovich), the auteur who inspired his career. During the evening, the gossip about Goodwin's preference for underage girls begins to look plausible to Glen when the older man shows an intense interest in China. And when Goodwin invites her to go to Paris with him, Glen has to start doing some serious parenting.

Shot on 35mm in black and white, the film was shot entirely in secret.

I Love You, Daddy / Reviews

[I Love You,] Daddy is a bit like a sprawling Broadway musical (without the music) episode of Louie, in which the comic explores the question of whether it's possible to separate an artist from his work.

"I Love You, Daddy" deserves a distributor, and its sharp dialogue and terrific cast should be a magnet for C.K.'s fans.

Largely a comedy, one with quite a few strong laughs, many sharp perspectives and not a few things to say about adult foibles.