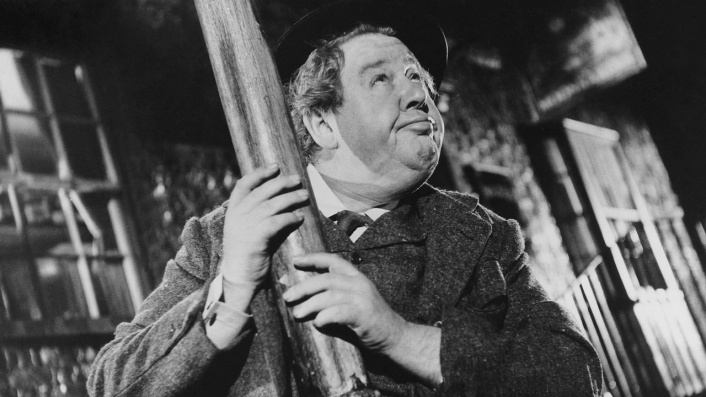 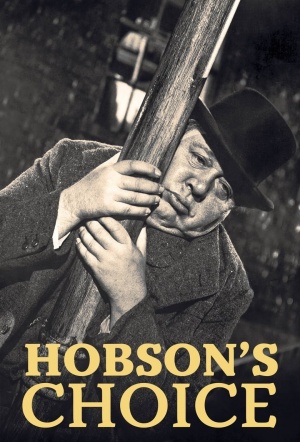 David Lean's award-winning classic. Henry Hobson owns and tyrannically runs a successful Victorian boot maker’s shop in Salford, England. A stingy widower with a weakness for overindulging in the local Moonraker Public House, he exploits his three daughters as cheap labour. When he declares that there will be ‘no marriages’ to avoid the expense of marriage settlements at £500 each, his eldest daughter Maggie rebels.

Winner of Best British Film at the 1955 BAFTAs and the Golden Berlin Bear for David Lean at the 1954 Berlin Film Festival.
1954107 minsUK
ComedyDramaRomanceClassic

Lean's sharp direction and impeccable performances all round transform a slight comedy into a timeless delight.

A delightful and rewarding British film.

Flavoursome period charmer and a lovely, memorable performance from Mills.

Although Laughton richly overplays every major scene, his performance remains one of the film's highlights.

Hobson's Choice is a cheerful little slice of death, warmed over and served with some lively comic sauces by Producer-Director David Lean and Actor Charles Laughton.