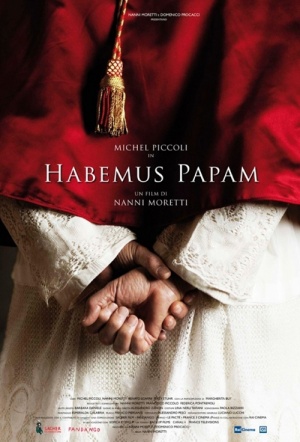 Italian drama centered on the relationship between a reluctant, newly elected Pope (played by Italian screen legend, 85-year-old Michel Picolli) and his atheist therapist (played by director Nanni Moretti). Nominated for the Palme d'Or at Cannes 2011.

"The newly elected Pope suffers a panic attack just as he is due to appear on St Peter’s balcony to greet the faithful who have been patiently awaiting the conclave’s decision. His advisors, unable to convince him he is the right man for the job, seek help from a renowned psychoanalyst. But his fear of the responsibility suddenly thrust upon him is one that he must face on his own." (Official Synopsis)