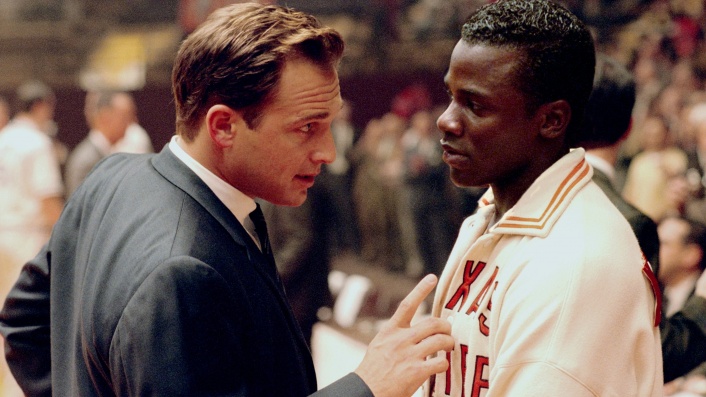 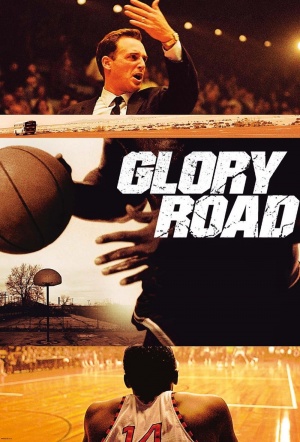 Sporting underdog story from Disney. The Texas Western basketball team was the first with an all African American starting lineup. Led by Hall Of Famer Don Haskins (Josh Lucas) their dedicated coach, the team took America by storm in winning the 1966 NCAA tournament title. Their season is credited as changing the history of the sport.

Disney's profitable roster of uplifting, fact-based sports movies ("Remember the Titans," "Miracle," "The Rookie""The Rookie") has a new hardcourt addition drawn from a terrific story -- the saga of the all-black Texas team whose success spurred the integrating of college basketball throughout the South -- that is, for the most part, deftly executed. Although doubtless destined to evoke comparisons with "Hoosiers" and even TV's "The White Shadow," "Glory Road" is a slick enterprise buoyed by a Motown-flavored '60s soundtrack and an appealing ensemble cast. Box office should be in line with its predecessors and might higher, provided today's urban teens can accept basketball players wearing short shorts.

( out of 4) The words "based on a true story" cover a lot of sins. Don't get me wrong. Don Haskins has a story worth telling. A basketball coach for the underdog Texas Western Miners, Haskins elbowed segregation in 1966 when he started five black players against the all-white team from the University of Kentucky Wildcats at the NCAA championships. And Josh Lucas plays Haskins with a no-bull vir that comes in handy when the script saddles him with all-bull platitudes ("It's not about talent, it's about heart")...

"Glory Road" is like other sports movies, and different from all of them. It is the same in the way it shows a rookie coach with an underdog team; he finds resistance from his players at first, he imposes his system and is a merciless taskmaster, and do I have to ask if they win the big game? This has been the formula for countless films, and "Glory Road" will not be the last.

But the movie is not really about underdogs and winning the big game. It's about racism in American sports, and how coach Don Haskins and his players on the 1965-66 basketball team from Texas Western University made a breakthrough comparable to when Jackie Robinson was hired by the Brooklyn Dodgers. In Texas at that time, we learn, college basketball teams had been integrated, but there was an "informal rule" that you never played more than one black player at home, two on the road or three if you were behind...