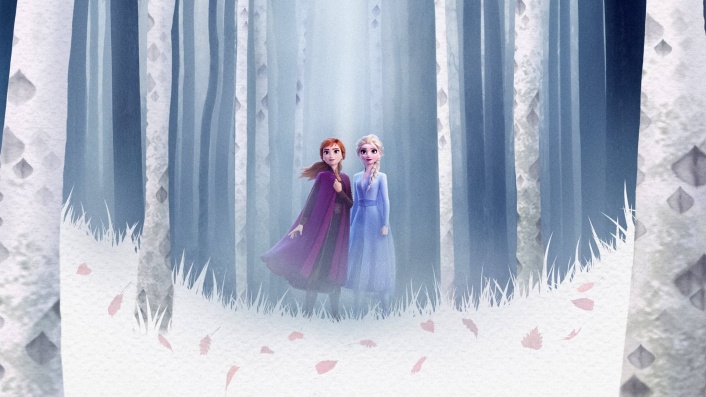 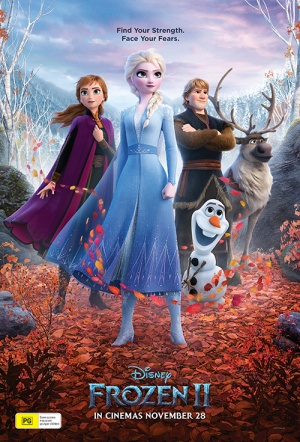 Voice stars Kristen Bell, Idina Menzel and Josh Gad return, along with their Oscar-winning original directors, for the sequel to the 2013 hit animated Disney adventure. Added to the mix is Oscar-nominated Hidden Figures screenwriter, Allison Schroeder.

Elsa the Snow Queen (Menzel), her sister Anna (Bell), Kristoff (Jonathan Groff) and Olaf (Gad) embark on an adventure far from the kingdom of Arendelle to find the truth about an ancient mystery of their world.

That a sequel’s best gag is a refresher of the previous film might indicate a problem. But for folks who haven’t seen the original – I mean, what rock have they been living under? – it’s very considerate.

The film itself doesn’t hit that sweet spot that makes Pixar animations, for example, fun for adults as well as their children. Its pace is uneven and in the early scenes, the songs slow down the action so much that the younger kids at my screening were getting restless. But judging from those US box-office figures, there’s more than enough here to build on the goodwill generated by the original and create a besotted new audience.

In the end, after a year of so many reboot and reimagining disappointments, Frozen 2 is a wonderful and welcome exception.

Just like in the original film the songs strongly convey what Anna and Elsa are feeling but aren't as standout this time around. It's the animation that soars, building on the first film's beautiful, sharp look. It may not have quite the magic of its predecessor but this is still a good sophomore effort.

Forget the convoluted plot. The animation bursts with wonders and it's a pleasure to re-connect with those empowered sister princesses: Elsa (Idina Menzel) and Anna (Kristen Bell). Why is the sequel never the equal? Frozen II just might break the jinx.

Some sequences have a gleam and a rhythm to them that encapsulates Disney animation at its purest and most sinuous. The film itself doesn't hit that sweet spot that makes Pixar animations, for example, fun for adults as well as their children.

This kind of self-awareness can be a tricky proposition... But the approach mostly works for this sweet, diverting sequel, which understands... just how susceptible the audience might be to "Frozen" fatigue.

It's fun, looks great and is sure to delight kids, but you're never entirely convinced about the point of its existence.

In a world where old-timers accuse the youth of being oversensitive snowflakes, "Frozen II" shows what it means to have one's heart in the right place.

Unfortunately, if you stop to notice you can readily sense the efforts of the many cooks in the kitchen, recommending a bit more sugar here, a pinch of spice over there, bake this a little longer, put some extra frosting on just for good measure.

It's an entertaining revival, though a thaw is beginning to set in.

The sequel to the 2013 hit has all the elements of the original but ends up as less than the sum of its parts. Special Look: Into the Unknown 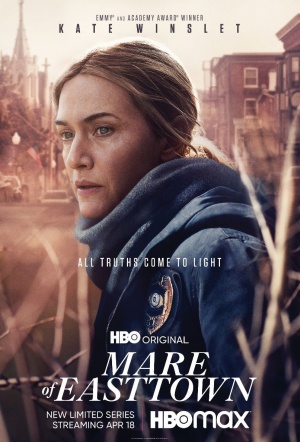