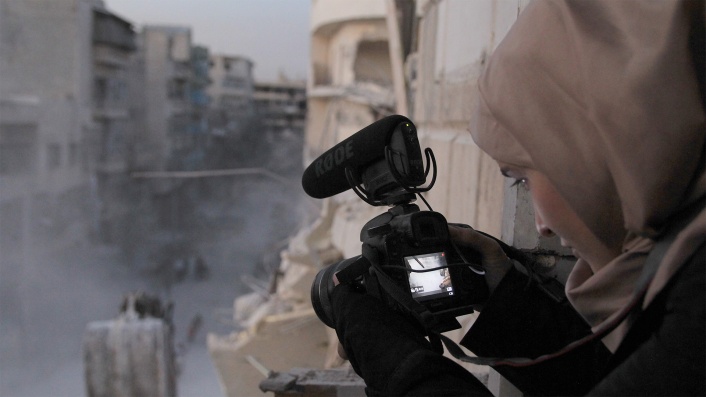 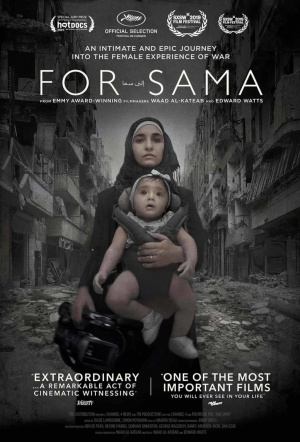 BAFTA and Cannes award-winning documentary shot over five years that tells the story of a young woman's journey through love, war and motherhood in Aleppo, Syria.

"An intimate, visceral documentary about the female experience of war, Waad faces an impossible decision: should she flee the city to protect her young daughter’s life? But to leave means abandoning the struggle for freedom for which she has already sacrificed so much." (Cannes Film Festival)

For Sama is not simply a harrowing document of grotesque atrocities carried out in plain sight. It’s also an achingly beautiful ode to the human spirit and its scenes of joy are another part of modern Syria’s story you can’t really get from short-form news. The age-old question of how much we should be willing to pay for freedom is the central message of this film, and the scenes showcasing that freedom are just as profound as the scenes showcasing its horrific price. Absolutely essential viewing and a testament to the power of film.

For Sama places the film-maker and her family at the centre of the drama, but it is also the biography of a city as well as a love story to a daughter, a husband and a country. Undeniably powerful, it achieves the most important aspiration of a documentary maker – it’s compulsory viewing.

That For Sama exists at all is unlikely. That it is this good, accessible, watchable and relatable to anyone who has ever cared for a child is pretty much a miracle. If For Sama doesn't win the Academy Award next week for Best Documentary, I will be astonished.

The result is a profoundly intimate yet horrifically heartbreaking film—a powerful document of love and injustice that traverses an array of emotions. For Sama is essential viewing.

[A] dynamic and poignantly personal account of a city's systematic destruction.

...a singular experience... intimate and shattering... a monumentally moving testimony.

Mostly, though, this is a film, skilfully pulled together by Edward Watts, the British co-director, that unfolds as a guttural cry of despair and an incendiary plea for justice. See it. But don't take popcorn.

Profoundly moving and unignorable, whether as proof of Assad's barbarism, or the unfailing ability of this world - and its most engaged cinema - to break your heart and sear your soul.

For Sama powerfully mixes the personal and the political to thought-provoking, emotional ends. The result is one of the best documentaries of 2019.

"For Sama" provides a coherent account of a humanitarian crisis from the perspective of the wounded and displaced.

Simple in concept and shattering in execution, blending hard-headed reportage with unguarded personal testimony, it's you-are-there cinema of the most literal order.

Hardcore current affairs reporting and intimate personal testimony merge to compelling effect in For Sama, a documentary about one family's experience of the Syrian conflict.

For Sama provides an intimate look at a young woman who fell in love in a place that was soon headed for complete destruction.