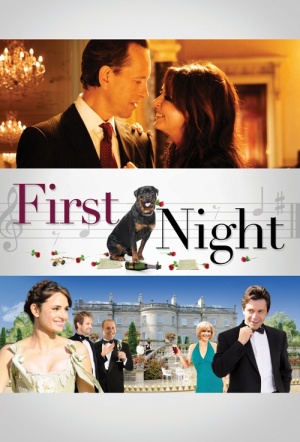 British romantic comedy about Adam (the great Richard E. Grant, Withnail & I), a rich industrialist and frustrated opera singer who aspires to live in a more cultured world.

Spurred on by jibes that he’s little more than a suit living the capitalist’s dream, he decides to throw an opera - Mozart's Cosi fan tutti, no less -  at his lavish country retreat. Assembling a team of opera singers and musicians, including a bevy of beautiful young women, Adam hopes to display his cultural nous, his own singing voice and also win the hand of a female conductor (actress and soprano Sarah Brightman).

Likely to turn off moviegoers resistant to the upscale art form while failing to satisfy opera's true devotees.

This slick British musical fails to be as charming as it thinks it is.

As a sort of primer for people who think they don’t like opera First Night works quite well.