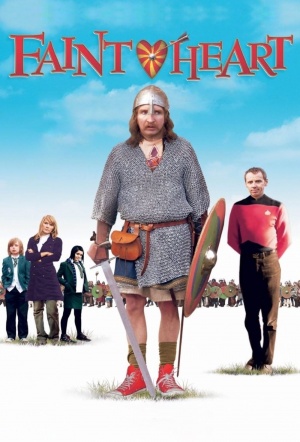 An English romantic comedy set in the world of battle re-enactments that charts the epic quest of Richard, the irresponsible sales assistant (Eddie Marsan), as he attempts to win back the love of his long suffering wife Cath (Jessica Hynes).

Tired of Richard's all-consuming obsession with his Iron-age alter ego, Cath kicks him out of their home and into the real world. His honour is put in further peril when Cath begins seeing teacher Gary (Paul Nicholls). Realising he must finally face up to the challenges of the present day, Richard enlists the help of best friend and Trekkie, Julian (Ewen Bremner). Together with Julian and a merry band of assorted geeks known as the Bloody Broadswords, Richard must summon all of his Norse courage to discover the real warrior within.

Intriguingly, this is being billed as "the world's first user-generated feature film." The film was developed in close consultation with the users MySpace - see here for more.

Amusing but never hilarious affair about sad-sack middle-aged blokes united by their passion for historical reenactment, the movie's main selling-point lies off-camera. Billed as "the world's first user-generated feature-film," the picture was developed in close consultation with the users of online social-networking site MySpace...

The laughs come few and far between in a story as drab as the Northern skies under which it is set.