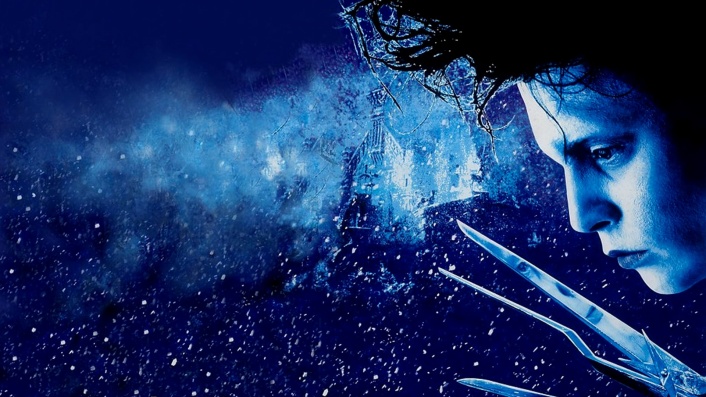 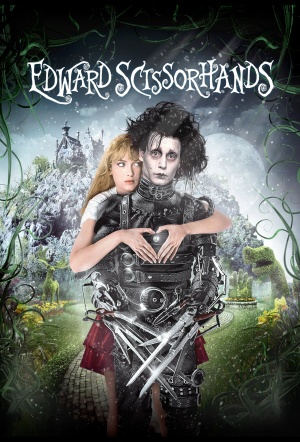 Credited as his most personal film, Tim Burton tells a gothic fairytale about the ultimate outsider: a half-finished artificial man with scissors for hands. Stars Johnny Depp, Winona Rider, Diane Wiest, Alan Arkin and the great Vincent Price in his final feature role.

Living alone in his deceased creator's hill-top mansion, Edward (Depp, in a brilliant performance, channelling Chaplin) is discovered by Avon lady, Peg Boggs (Weist). Impressed with Edwards creative hedge trimming skills, she invites him into her suburban home. Suspicious at first, the town eventually coo over Edward's gentle demeanour and scissor-skills (which translate to gigs cutting hair and carving ice sculptures). But as romance begins to simmer between Edward and Peg's daughter Kim (Ryder), the town's more bigoted members turn on him. Accused of crimes he did not commit, Edward and the Boggs family become the town's outcasts.

This is Depp and Burton's first collaboration, a partnership that continues today.

Wonderful stylised Timbo imagery, backed up (unlike some of his later movies) with a quality script and quirk-filled performances? That'll be Edward Scissorhand.

The traces of warmth that spring up unexpectedly, even in the sequence that finds Edward and Kim amid snow and ice, are what save "Edward Scissorhands" from its own potential archness and give it the sweetness of a bona-fide fairy tale.

Surely anyone clever enough to dream up Edward Scissorhands should be swift enough to think of a payoff that involves our imagination.

Tim Burton's modern-day fable succeeds beautifully as sharp comedy and achingly sad romance. The imaginative set design and spellbinding story are both superb, but the real joys here are the performances, particularly from Depp.