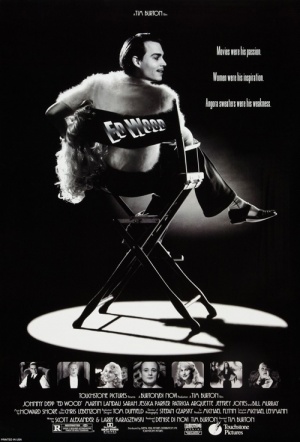 Tim Burton directs Johnny Depp as Edward D. Wood in this 1994 biopic of the legendary filmmaker, recognised as the worst director of all time, behind some of the most delightfully terrible films ever made (most famously, 1959's Plan 9 from Outer Space). Co-stars Patricia Arquette, Bill Murray and Martin Landau who nabbed Best Supporting Oscar for his portrayal of Bela Lugosi - a major horror film star of the 1930s - who ended his career starring Wood's films. From the writing duo behind The People vs. Larry Flynt and Man on the Moon.