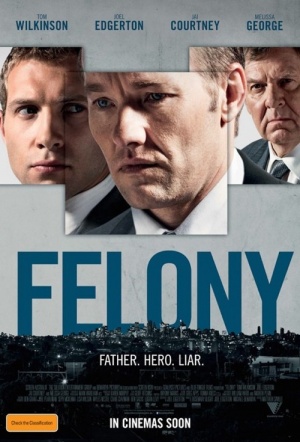 Australian police drama written by and starring Joel Edgerton (Animal Kingdom). Three detectives (Tom Wilkinson, Jai Courtney and Edgerton) become embroiled in a tense moral struggle after a tragic accident that leaves a child in critical condition. One is guilty of a crime, one will try to cover it up, and the other will attempt to expose it. From the director of the award-winning Noise (2007).

An outstanding cast working with a morally complex script... an absolutely gripping and realistic crime tale.

Thanks to Saville's tightly controlled direction and a superlative cast, the mere exchange of glances builds as much suspense as the kinetic action sequence that opens the pic.

Among the finest Australian films to come along this year. Edgerton and Saville have refused to short-change any of their characters, and their complexities ensure an ending that makes you think.

The sheer perseverance of all involved pays one hell of a positive (if punishing) dividend.