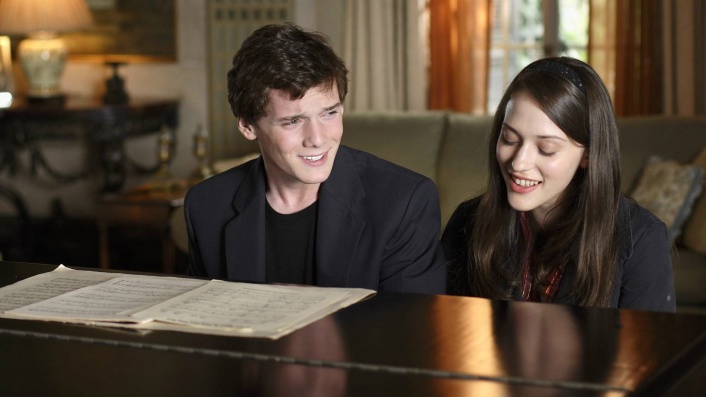 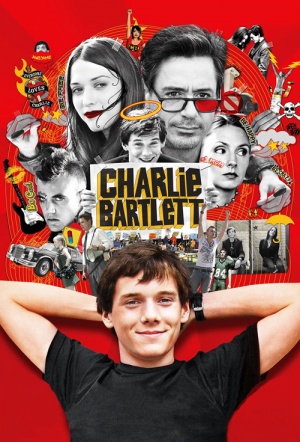 In this high school comedy, title character Charlie Bartlett (Anton Yelchin, soon to be seen as Chekov in J.J. Abrams’ Star Trek) is a privileged teen that has been kicked out of every private school he has ever enrolled in. His first sojourn into the world of public schooling is a similar failure, until he finds his social niche as an amateur psychiatrist for the student body, dishing out both advice and prescriptions.

Hot on his tail is the high school’s jaded principal (Robert Downey Jr), whose daughter and fellow student Susan (Kat Dennings) Charlie has recently fallen for - a situation that threatens his clandestine operations. It is director Jon Poll’s debut venture, but he has the comic pedigree of editing successful outings of the genre such as Meet the Parents and Austin Powers.

Promising not to talk down to teenagers, the youth-centric script was written by first-timer Gustin Nash whilst he was working in a photography store. He says “The film isn’t really pro psychiatric drugs or anti psychiatric drugs. It’s really about a kid who starts off selling these drugs to gain popularity but comes to realize he can help kids talk about their problems through methods other than drugs.”
200897 mins
ComedyDrama

I had high hopes for this movie. On the surface, it seemed like it was moving away from the mainstream trend for high school comedies to be extended exercises in gross out humour for stereotyped characters. It appeared to be taking its cues more from Rushmore than American Pie, plus it had Robert Downey Jr.

Rollicking story of a rich kid whose wildly successful bid for popularity has him playing drug-distributing shrink to an entire high school boasts pitch-perfect faceoffs between upstart Anton Yelchin and alcoholic principal Robert Downey Jr. that could fuel a chemistry lab.

If the attention span of Charlie Bartlett didn’t wander here and there, the movie might have been a high school satire worthy of comparison with Alexander Payne’s “Election.” But as it dashes around and eventually turns soft, it loses its train of thought.

The dismal high school comedy Charlie Bartlett has the look, feel and sentiment of a made-for-video cheapie that might have been grudgingly whipped together by Robert Downey Jr. as some sort of court-ordered community service project for his many drug busts.

Charlie Bartlett is filled with interestingly drawn characters, performances which are mostly engaging and comedy that is delightfully dark. That said, there is something not quite right with the overall tone of the film.

Yelchin delivers one of those performances that pop eyes... It's a breakthrough role.

After a strong start, the story ceases to challenge itself and its characters, offering easy options and a Prozac-soft finish.

If you've seen Ferris Bueller's Day Off, Pump Up the Volume, My Bodyguard, Say Anything or - especially - Rushmore, then you could spend a tedious afternoon playing "spot the ripoff".