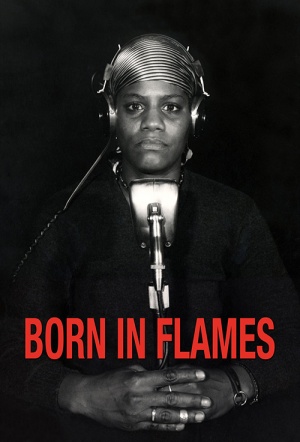 A group of women organise a rebellion against a new socialist government in this feminist classic that won the Readers Jury prize at Berlin.

"A socialist society has emerged in the United States but women are still not equal, and black women even less so. Several feminist groups deploy different strategies to counter male power, but it seems violent revolution is the only answer. A Women’s Army is set up to defend women from attack, while the male-dominated media remains sceptical. To expose and challenge dominant power, Borden structures the film through a series of constructed newscasts, documentaries and police surveillance footage though which the direct action is filtered." (London Film Festival)

Lizzie Borden's 16mm independent production, which took some two years to complete, appears to have all the advantages and the disadvantages of a home movie.

This feminist film wins laurels for close attention to detail in a radical filmmaking effort.

Borden charts the explosive coming together of the women as they forge their own liberation, handling her story with audacity and making even the driest argument crackle with humour, while the more poignant moments burn with a fierce white heat.

Born in Flames, while inventive, is also much too diffuse and overcrowded.