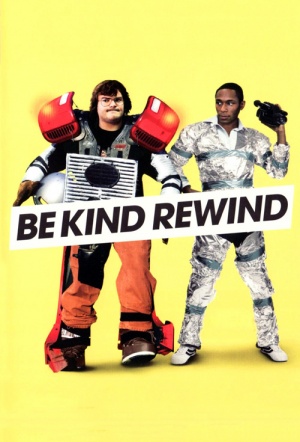 Jerry (Jack Black) is a junkyard worker who attempts to sabotage a power plant he suspects of causing his headaches. But he inadvertently causes his brain to become magnetized, leading to the unintentional wiping of all the movies in his best friend Mike's (Mos Def) video store.

Mike has been left in charge of the store, after its long serving owner (Danny Glover) goes on a break. Now with no tapes, the store's customers are furious. In order to keep customers, the pair re-create a long line of films including The Lion King, Rush Hour 2, Ghostbusters, When We Were Kings, Driving Miss Daisy, Robocop and 2001: A Space Odyssey. Starring themselves, they become the biggest stars in their neighborhood.