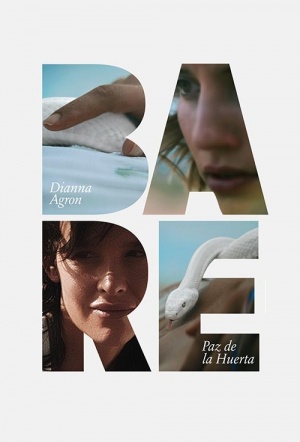 "Sarah’s (Dianna Agron) life is as bland as the desert town she’s lived in her whole life. With a future devoid of any passion more inevitable with each passing day, she welcomes the sudden appearance of a sexy, spontaneous stranger named Pepper (Paz de la Huerta).

"Broke and on the run from a debt she cannot pay, Pepper insinuates herself into Sarah’s quiet life while introducing her to the thrill of drugs, sex, and spirituality. Quiet curiosity quickly develops into profound connection and Sarah finds herself abandoning her friends and family for Pepper’s intoxicating impulsiveness." (Tribeca Film Festival)