At a Glance (Colpo d’Occhio) 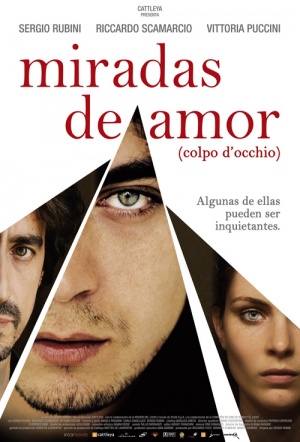 Set against the backdrop of Italy's treacherous contemporary art world, popular actor/writer/director Sergio Rubini’s (La terra) high-budget box-office success At a Glance is a game of cat and mouse between a powerful art critic and the young sculptor who steals his girlfriend.

When art critic Pietro Lulli (Rubini) brings his significantly younger companion Gloria (a luminously beautiful Vittoria Puccini) to an exhibition, he doesn’t realise that her admiration of the work by struggling sculptor Adrian (Riccardo Scamarcio) will have such a lasting effect on her. The two immediately hit it off and Gloria soon becomes Adrian’s companion, his muse and his agent. Lulli is left with a single obsession: to ruin Adrian and he sets about doing so through a well-crafted diabolical plan. (Source: Italian Film Festival)