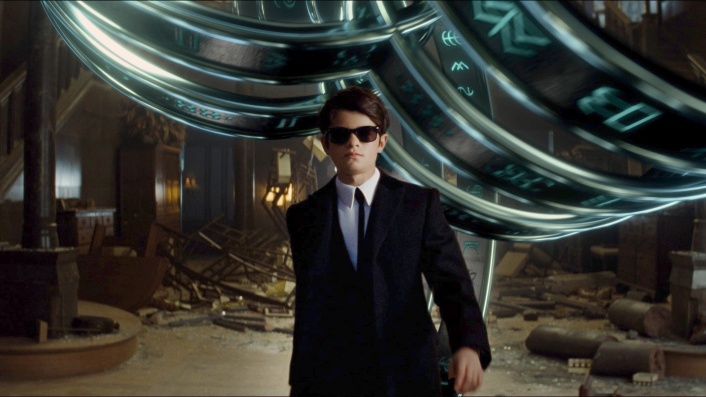 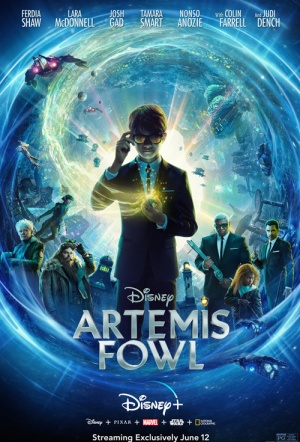 Artemis Fowl the second, a young Irish criminal mastermind, is on the hunt for his father who has mysteriously disappeared. Setting out to find him with the help of his loyal protector Butler (Nonso Anozie, 2015's Cinderella), he uncovers an ancient, underground civilisation - the world of fairies. Suspicious of the fairies' involvement in his father's disappearance, Artemis hatches a dangerous plan that ultimately finds him and the fairies in a perilous war of wits.

Originally scheduled for a cinema release before COVID-19, the film finds a new home exclusively to Disney+.

Around 23 minutes into Artemis Fowl, Dame Judi Dench slides into frame dressed as a sci-fi leprechaun, and that was the moment I finally lost it.

Artemis Fowl covers everything in a blanket of bland that suggests the dull juvenilia in the film versions of Percy Jackson and The Golden Compass rather than the vigorous battle between good and evil that marked the novels.

Artemis Fowl deserved a little more edge and a lot more coherence than this effort, and Irish kids deserve a better class of anti-hero.

Images and characters bounce around like shapes on a screensaver and only McDonnell and Gad’s performances have any fizz. This is a YA-franchise by numbers.

The poignancy of a motherless boy yearning for the love of his frequently absent father is strictly routine. Dench spends the whole time looking quite cross with our Ken, and who can blame her?

Barely serviceable as a lockdown time-filler, this is a major (Arte)misfire.

Though it would have been lovely to take in the lavish set pieces and the cool CGI creations and the whiz-bang action sequences on the big screen, Artemis Fowl still plays well as a warm and funny and entertaining at-home family viewing experience.