After Earth
After Earth
Will Smith wrote it, he & Jaden stared in it, and Will & his wife helped produce it, so its Smithy. Also M. Night Shyamalan had hands on, so its got a odd feeling to it as well. Pre-reports were that its slow, yes and the action happens too fast, more build up like a Hitchcock flick. Anyway, I found it was ok, good father & son show with splashes of technology and how humanity survived near extintion. I felt it was better than 'Oblivion', with hints of any human crashed on a planet; 'Lost in Space', 'Pitch Black', 'Alien', 'Planet of the Apes' and 'Outlander'.
Genre : Adventure, action, bonding
3/5 : just felt it was 'try hard' to be something else, in saying that, I enjoyed it (yet my friend fell asleep) 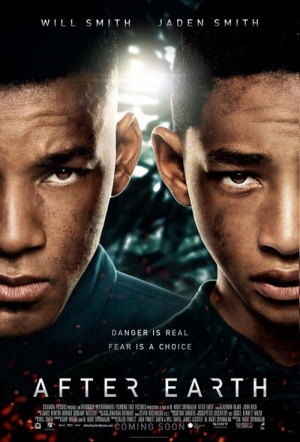