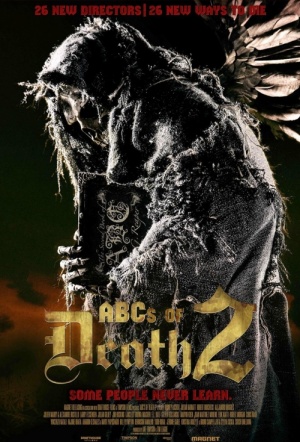 After 2012’s horror anthology – which gave a crop of diverse filmmakers a letter of the alphabet from which they were to create a short film involving death – a new batch of directors contribute to this sequel’s sick and twisted compilation. The new filmmakers include The Mighty Boosh's Julian Barratt, E.L. Katz (Cheap Thrills), Shion Sono (Why Don't You Play in Hell?) and the Soska sisters (American Mary).