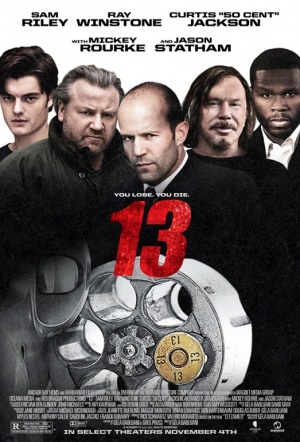 "Vince (Riley) is a man in desperate circumstances. While on a quick fix-it job, he steals an envelope containing instructions for a mysterious job that promises a potential fortune. He assumes a false identity and follows the instructions, only to find himself a numbered participant in an underworld Russian roulette competition, where gamblers place bets on who'll survive when the trigger is pulled. The stakes are high, but the payout is more than he can resist." (Official Synopsis)