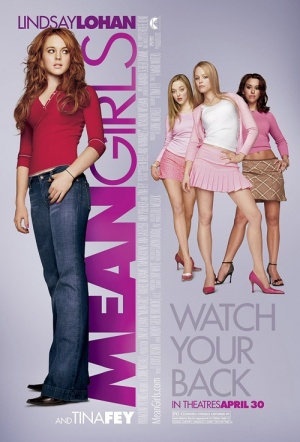 When popular blonde clique The Plastics allow her to join their ranks - made up of alpha-Plastic Regina George (Rachel McAdams), Gretchen Weiners (Lacey Chabert), and Karen Smith (Amanda Seyfried) - naive Cady approaches them as an anthropological experiment on behalf of her outsider friends Janice (Lizzy Caplan) and Damian (Daniel Franzese). As Cady is pulled deeper into their vapid world and strict mean girl etiquette, it looks like she might become one of them.

As she did in Freaky Friday, Lohan displays plenty of charm, verve and deft comic timing as she switches between innocence and craftiness.

In a wasteland of dumb movies about teenagers, Mean Girls is a smart and funny one.

One of the movie's achievements is persuading the audience to stay firmly in Cady's camp during her odyssey of self-discovery.

There's nothing here you won't have seen a million times before, but - despite its shortcomings - it's still one of the better teen movies to come along in a while.

Far from perfect, but it has brains beneath its glossy, vacuum-packed beauty.