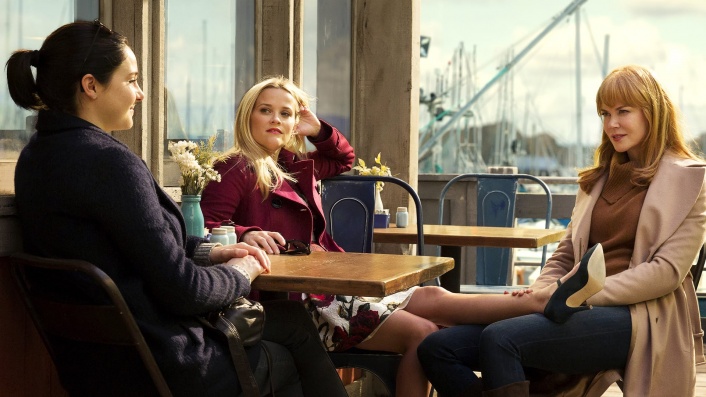 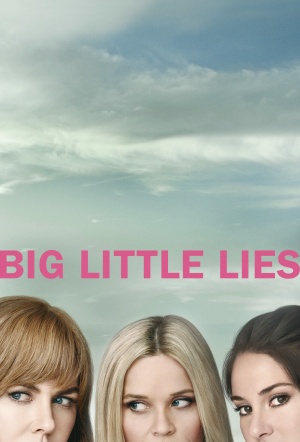 Shailene Woodley (The Descendants) joins Oscar-winners Reese Witherspoon, Nicole Kidman and Laura Dern for this seven-episode whodunnit centred of the lives of upper-class California mothers. Based on Liane Moriarty's novel.

During a fancy fundraiser at a prestigious elementary school, someone dies. This series follows the events that lead up to the death, teasing the identity of the victim and murderer. Those involved include a single parent (Woodley) with a child accused of bullying, a mother (Witherspoon) coming to terms with gaps in her marriage, and their friend (Kidman) who's covertly trying to manage an abusive relationship.

A suspicious death at an elementary school fund-raiser exposes rivalries simmering beneath the superficial comity among some of the parents.

Madeline feels slighted by Renata and gets bad news about her community-theater production. Ziggy asks Jane why they moved to Monterey. Celeste tells Perry they should seek counseling. Nathan and Ed have a tense meeting about their wives.

Hoping to get under Renata's skin, Madeline organizes a trip to compete with Amabella's birthday party. After another argument, Celeste succumbs to Perry's charms before their first session with a therapist, Dr. Amanda Reisman. Madeline gets called for a meeting with Abigail's guidance counselor. Principal Nippal announces the theme for the Fall Gala Fundraiser; later, Jane seeks Madeline's help with Ziggy's family tree project, and opens up about her past.

Nathan invites Madeline and Ed to a couples' dinner to discuss a "parenting paradigm" for Abigail. Celeste prepares for a city-council meeting about Madeline's play, and bristles at Perry's concerns about her returning to work. Jane meets with Ziggy's teacher, Ms. Barnes, who suggests Ziggy be medically evaluated in light of further evidence of classroom bullying. While Madeline is confronted by a skeleton from her past, her internet sleuthing reveals a key player from Jane's past instead.

Madeline receives encouraging news about the play from her director, Joseph Bachman, but is left concerned by his newly icy demeanor. Principal Nippal and Ms. Barnes share their conclusions about Ziggy and Amabella with Jane. Celeste has a solo session with Dr. Reisman, who tries to get to the bottom of her relationship with Perry.

Madeline worries about the can of worms she’s opened for Jane. Jane confronts Renata. Bonnie tells Nathan about a secret project Abigail has been working on. Meanwhile, Ed and Madeline have a frank conversation about the lack of passion in their marriage.

You Get What You Need

Celeste takes steps towards independence; Madeline deals with fallout from her past.