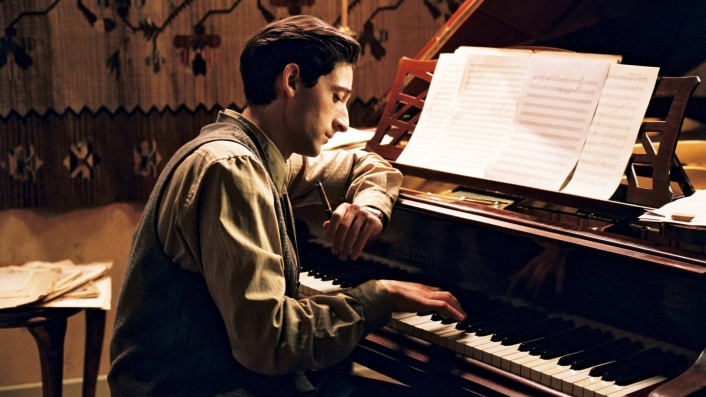 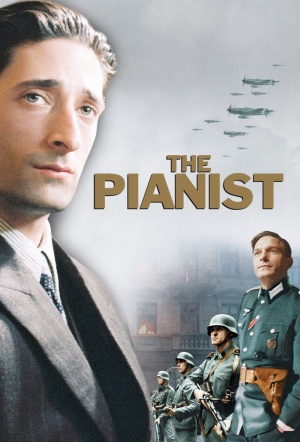 This film marked one of the first times we heard that cool sound effect when there’s an explosion and the character hears the resulting ringing in his ears throughout the next scene. Great idea! Exiled director Roman Polanski’s brilliant true account of a Polish Jewish musician struggling to survive in World War II Warsaw saw Adrian Brody get rid of his apartment, sell his car, ditch his television, and lose 14kg in preparation for his role as Holocaust survivor Wladyslaw Szpilman. Still, his self-inflicted torture allowed him to snog Halle Berry whilst picking up an Oscar - Brody was the youngest ever winner of a Best Actor award at twenty-nine. -Flicks.co.nz's Top 50 Films of the Decade.

Szpilman, a brilliant Polish pianist, a Jew, escapes deportation during WWII. Forced to live in the heart of the Warsaw ghetto, he shares the suffering, the humiliation and the struggles but manages to escape and hide in the ruins of the capital. A German officer comes to his aid and helps him survive.