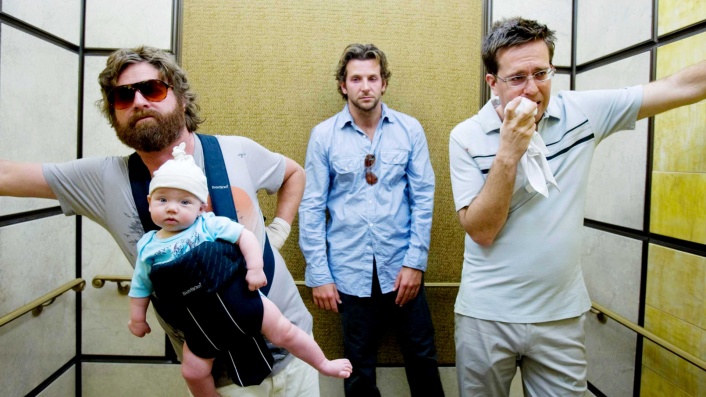 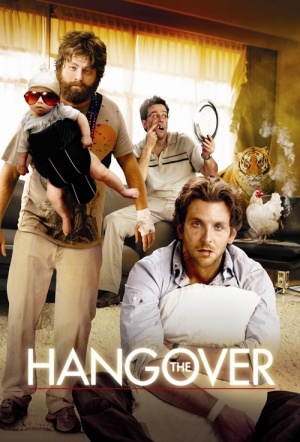 Set in Vegas, baby, this comedy from the director of Old School, Road Trip and School For Scoundrels sees a bunch of boozy groomsmen somehow misplacing their soon-to-be-married stag, then having to re-trace their steps to try and find him again. They need to get him back to LA to get married.  To add to their confusion, somehow in the course of their inebriated revelry they’ve acquired a tiger, a chicken, a six-month-old baby and Mike Tyson. Isn’t that always the way…

At once raucously free-wheeling and meticulously contrived, picture satisfies as a boys-gone-wild laff riot that also clicks as a seriocomic beat-the-clock detective story.

But true to its title, The Hangover goes down smoothly enough and then kicks you in the head later on, when you start to examine the sources of your laughter.

A funny movie, flat out, all the way through. Its setup is funny. Every situation is funny. Most of the dialogue is funny almost line by line.

There is a sort of perverse brilliance or brilliant perverseness to be found in this story of a bachelor party gone terribly wrong.