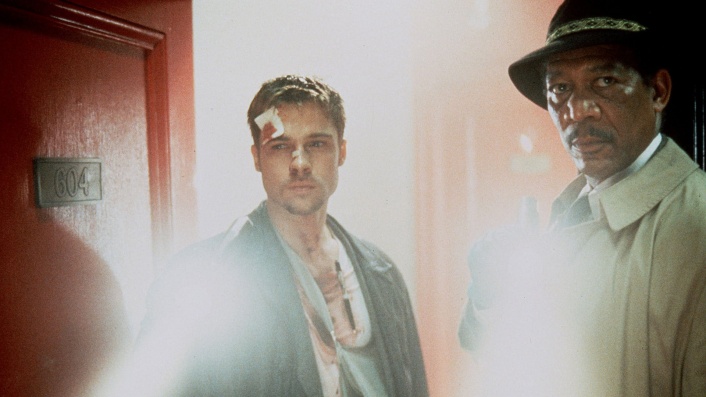 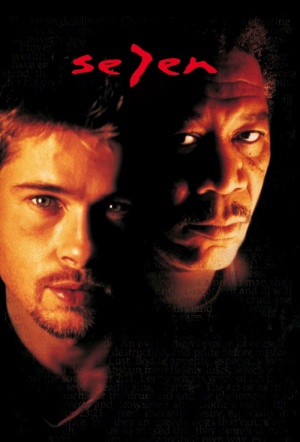 One of the greatest police procedurals and serial killer films you’ll ever see, Se7en charts the quest of two cops (Brad Pitt and Morgan Freeman) hunting down a murderer (Kevin Spacey) whose killing spree is inspired by the seven biblical deadly sins.

The mood and style are laced with liberal lashings of noir-ish malevolence and celebrated director David Fincher ratchets the tension to almost unbearable levels as the story hurtles towards the chilling conclusion that has rightly taken its place amongst the pantheon of big screen finales. Graphic without being gratuitous and built around possibly the finest performances in the illustrious careers of both Freeman and Spacey, few thrillers have the power to elicit such a powerful, visceral reaction as this modern classic.

This weirdly off-kilter suspenser goes well beyond the usual police procedural or killer-on-a-rampage yarn due to a fine script, striking craftsmanship and a masterful performance by Morgan Freeman.

Noticeable skill has gone into the making of Seven, but it's hard to take much pleasure in that.

A dark, gripping thriller which saves it's most shocking revelations for the final scenes.

Originality in movies today is a rarity, with many central themes having been plundered to the point of audience exhaustion. What the viewer can occasionally hope for is a fresh new slant or re-interpretation. "Se7en" is such an example of classic horror thrills, up-ended and twisted into a bewildering and claustrophobic web of tension.