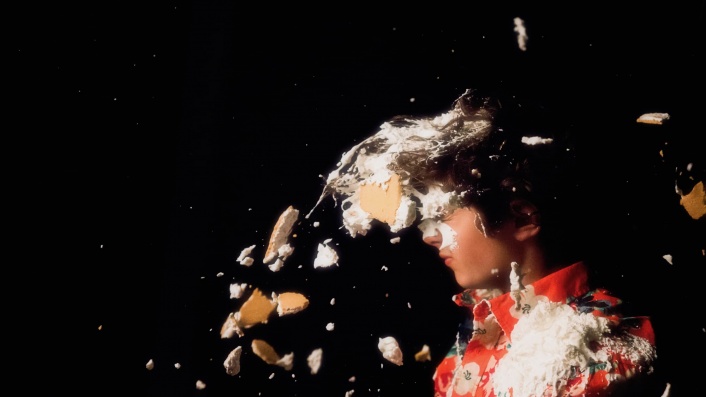 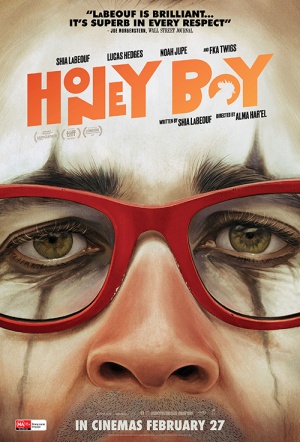 A child TV star tries to mend his relationship with his alcoholic father over a decade in this drama starring Lucas Hedges and Shia LeBeouf. LeBeouf also contributes the screenplay which is loosely based on his own life. Nominated for the Grand Jury Prize at Sundance.

"When 12-year-old Otis (Hedges) starts to find success as a child television star in Hollywood, his ex-rodeo-clown father returns to serve as his guardian. When Otis isn’t on set charming audiences, he spends his days with his father at an extended-stay motel on the edge of the city, enduring his overbearing father’s abuse. Honey Boy follows two threads of time, watching father and son's contentious relationship and their attempts to mend it..." (Sundance Film Festival)

It's a high-wire act, a movie that could easily have crashed and burned. That it does not has something to do with the shared intensity of character and performance. All three main actors share the stage as equals and the level of commitment is remarkable.

Playing out mainly in the skid-row motel in Los Angeles where father and son live, Alma Har'el's dreamlike film leavens the grimness with humanity and humour...

...well acted, and features a lot of very credible and naturalistic dialogue. It’s distressing in places, and predominantly bleak and sad.

What results is a harrowing, violent, emotional film in which LaBeouf is clearly (and admirably) baring his soul.

A sensitive, sincere portrait of a child actor's dysfunctional upbringing and its devastating fallout.