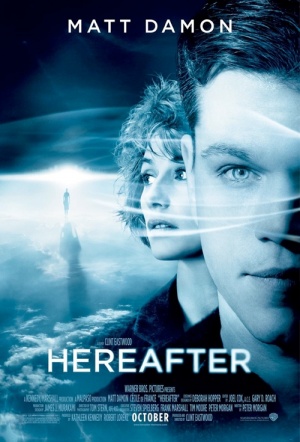 From director Clint Eastwood and writer Peter Morgan (The Queen, The Last King of Scotland), a dramatic thriller with Matt Damon starring as a former professional psychic.

Tells the intersecting stories of three people haunted by mortality; George (Damon) has given up the psychic's game and now tries to live a regular life, despite a continued connection to the afterlife; on the other side of the world, Marie (Cécile de France), a French journalist, has a near death experience; while Marcus (Frankie and George McLaren), a London schoolboy, loses the person closest to him and desperately seeks answers.