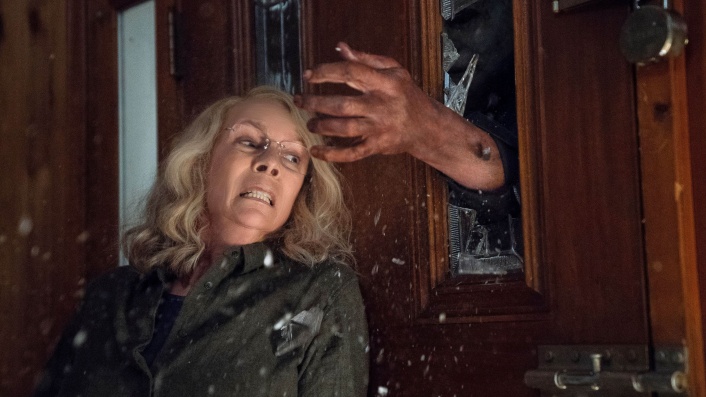 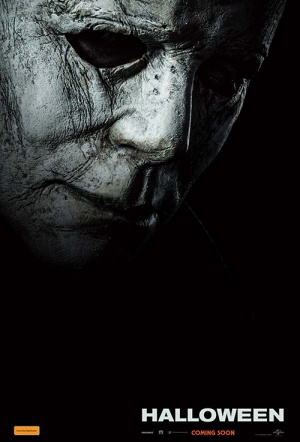 Jamie Lee Curtis returns to her role in the sequel to the classic horror, set 40 years after the events of the first movie.

Laurie (Curtis), haunted by Michael Myers since she narrowly escaped his killing spree on Halloween night four decades ago, must confront him one last time when he finally escapes the asylum in which he's been locked up since.

This film, the 11th film in the Halloween series, will ignore the events of all previous sequels.

A scene near the beginning of this Halloween sequel sees one millennial comment about the horrible events in the first film. "It's not that big of a deal," he arrogantly assumes, arguing that the bigger and more complex terrors in the modern world trump one lil' ol' killing spree from 40 years ago. This tight, fat-cutting, balled-up fist of horror goodness goes out of its way to prove that young dumbass wrong—and it succeeds.

Green has pulled off what he set out to do, tying up the mythology that Carpenter and company established, while delivering plenty of fresh suspense - and grisly-creative kills - for younger audiences...

The latest Halloween instalment is fun while it lasts, but unlike its predecessor, it's not a classic for the ages.

That's a great reason to remake it: Everyone's waving around a gun these days, and the idea that the survivor of the so-called "Babysitter Murders" is, 40 years later, a militia-worthy nut with murderous instincts of her own has a sad symmetry to it.

Green can't seem to decide whether he wants it to be gritty and lo-fi or slick and cinematic and so ends up awkwardly between the two, anything resembling an atmosphere sorely missing.

...bolstered by an impressive Lee Curtis, this Halloween sees the revival of an old franchise's fortunes.

This slasher movie reboot for the #MeToo Era is the trick-or-treat frightfest you've been waiting for, highlighted by Jamie Lee Cuirtis in a savage roar of a performance in the role that made her a star. You'll scream bloody murder!

Scary and propulsive, it doesn't just forge a direct link to Carpenter's original; it pretends all the garbage in between never even existed.

Carpenter should be pleased, and so should genre buffs - for once, this is a pic their less geeky girl/boyfriends should enjoy.