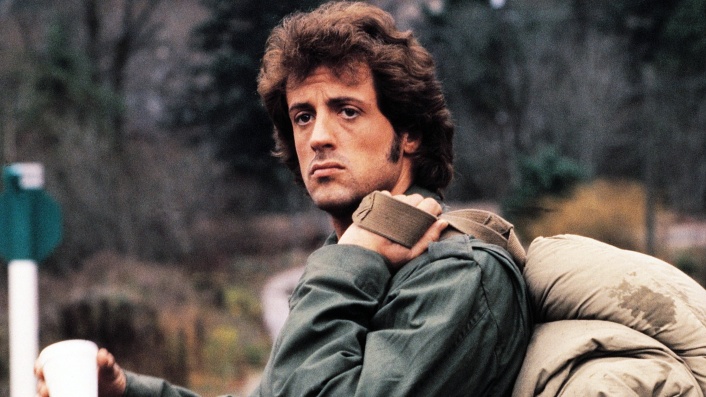 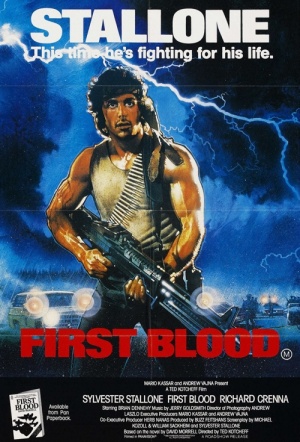 Sylvester Stallone is Rambo in this action classic that would kick off a four-movie franchise. Having served in Vietnam, John Rambo finds himself in a fight for his life when the law enforcement in Washington attempts to hunt him down.

The manhunt for Rambo begins when he enters the town of Hope, Washington, to visit an old friend, only to be insulted by the local sheriff upon arrival. The incident stirs a violent response in Rambo, landing him in the county jail. He escapes with officers quickly in pursuit and fingers on triggers, but Rambo’s ‘Nam flashbacks sends him on an escalating turn to violence that his pursuers aren’t prepared for. When his former commanding officer catches wind of the bloody rampage, he attempts to rectify the situation before all hell breaks loose.

Director Ted Kotcheff has all sorts of trouble with this mess, aside from credibility.

As a Stallone vehicle this is sleek, slick and not unexciting, but crassly castrates the David Morrell novel on which it is based.

Ragged and flashy; it ought to be a big success with audiences that value action for its own sake.

Stallone is one of the great physical actors in the movies, with a gift for throwing himself so fearlessly into an action scene that we can't understand why somebody doesn't really get hurt.