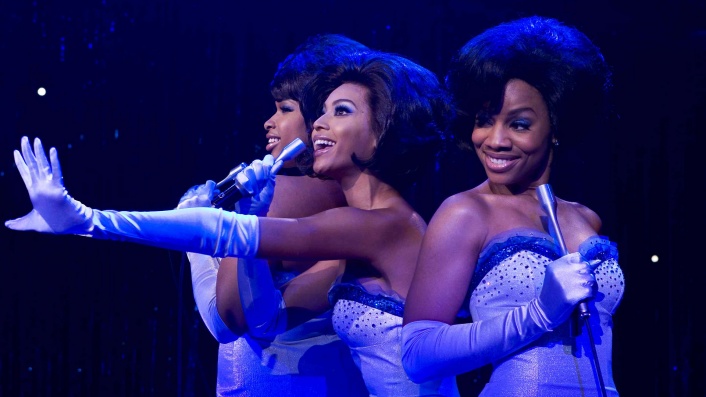 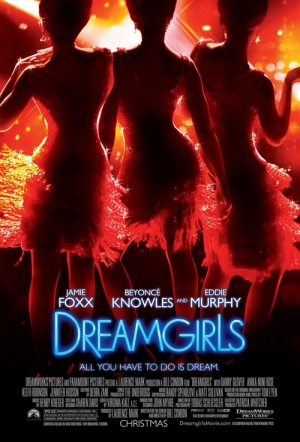 A screen adaptation from the hit Broadway musical (1981), 'Dreamgirls' follows the rise of a trio of women - Effie ('American Idol' reject turned Golden Globe winner Hudson), Deena (Knowles) and Lorrell (Rose) - who have formed a promising girl group called The Dreamettes in 60s USA. At a talent competition, they are discovered by an ambitious manager named Curtis Taylor, Jr. (Foxx), who offers them the opportunity of a lifetime.

That opportunity is to sing back up for the legendaryr James 'Thunder' Early (played by Eddie Murphy doing James-Brown-styles, ala his brilliant 80s stand-up). When they get a chance to fly solo and their stars sour, internal rivalries test the girl's friendship.

Finally. After "The Phantom of the Opera," "Rent" and "The Producers" botched the transfer from stage to screen, Dreamgirls gets it right. Bill Condon's adaptation of the 1981 show about a Motown trio's climb to crossover stardom pulls off the fundamental double-act those three musical pics all missed: It stays true to the source material while standing on its own as a fully reimagined movie...

The sigh you will hear across the country in the next few weeks is the sound of a gratified audience: a great movie musical has been made at last...

If there is a disappointment, it is this: The anticipation may have exceeded the realization. It's a damn good commercial movie, but it is not the film that will revive the musical or win over the world...

The film has strong roles, good actors and a compelling story ... But it has, with only a couple of exceptions, a pedestrian score that sounds like generic show-music schlock and lyrics that are not distinctive...

Dreamgirls is the entire musical package, a triumph of old school on-screen glamour, and we wouldn't want it any other way...

Dreamgirls is a better musical than "Chicago" or "Rent," but then, that isn't really saying much...