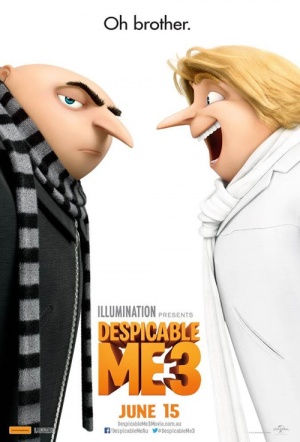 The Despicable Me films aren’t exactly Pixar classics, but they’re sweet-n-simple stories about a bad guy who learned to be good for the sake of his three adopted daughters. Sure, the films occasionally sold themselves out to parents by shoehorning in a dance number set to a song from their youth, but at least they got the basics right. Unfortunately, Despicable Me 3 exists only to sell out.