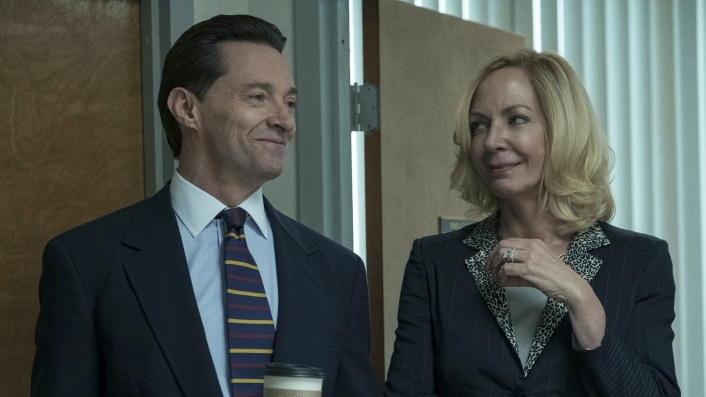 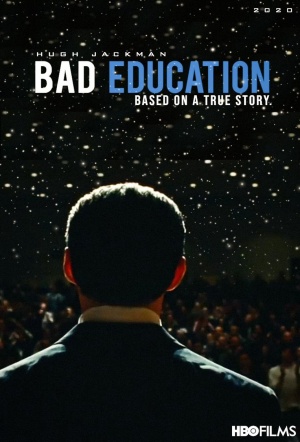 "Long Island school superintendent Frank Tassone (Jackman) and his assistant superintendent for business, Pam Gluckin (Janney), are credited with bringing Roslyn School District unprecedented prestige. Frank, always immaculately groomed and tailored, is a master of positive messaging, whether before an audience of community leaders or in an office with a concerned student or parent. In short, it seems Frank can do no wrong. That is, until a plucky student reporter (Viswanathan) decides to dig deep into some expense reports and begins to uncover an embezzlement scheme of epic proportions, prompting Frank to devise an elaborate cover-up — by any means necessary." (Toronto International Film Festival)

Those who enjoyed I, Tonya or American Animals will lap up this re-creation of a little-known but shocking story.

A career-best Hugh Jackman and Allison Janney shine as New York school administrators who stole millions from their Long Island district. Cory Finley's steadily riveting provocation jabs at the culture of money that makes us all complicit.

It's a plum part, sure, but also a deeply unsympathetic one - a chance for the actor to channel his charisma toward dark, mischievous ends.

It's a delicate and memorable performance by Mr. Jackman. Ms. Janney does the whole Long Island thing as well as anyone ever has. The most resonant character, though, might be Rachel, whom Ms. Viswanathan imbues with the indignation of youth.

Reminds us how synonymous great acting and great lying can be.

Bad Education serves up stellar performances from Jackman and Janney, both of whom seem trapped in hells of their own devising, suspended between a desire to serve the community and the feeling that their labor is underappreciated.

A tidy and engrossing corruption drama.

It's a story about the lengths people will go to for self-preservation, deliciously mean and as funny as it is outrageous.

The film's real ace is a never-better Jackman, following up an underrated turn in last year's The Front Runner with another difficult and inscrutable protagonist.

"Bad Education" can be a hard lesson to accept, but a necessary one in how the world works.

Gets a solid B+ without even cheating.