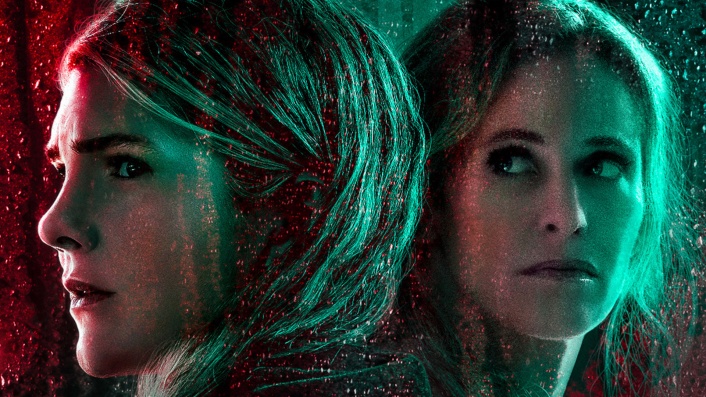 Tell Me Your Secrets: Season 1 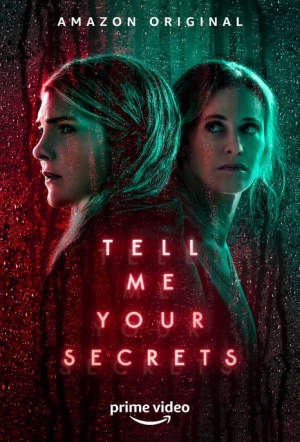 The lines between victim and perpetrator blur in this crime drama. From Harriet Warner (Dangerous Liaisons) and the producer of Big Little Lies. Follows a young woman (Lily Rabe) who once looked into the eyes of a dangerous killer, a former serial predator (Hamish Linklater) desperate to find redemption, and a grieving mother (Amy Brenneman) obsessed with finding her missing daughter. As each of them is pushed to the edge, the truth about their pasts and motives grows ever murkier, blurring the lines between victim and perpetrator.

Once I Had a Love

Karen Miller’s in witness protection with a new identity: Emma Hall. When she befriends a local girl who then dies it triggers previously locked, dark memories of her dead serial killer lover, Kit Parker’s crimes.

... MORE Emma fears she did more than give him an alibi. Mary Barlow the mother of one of the victims sets a predator to hunt down Karen to bring her to the justice she has escaped.LESS
EPISODE 1.2

Burn Me When I'm Gone

Emma finds Jess’ body has gone. Pete convinces her she has hallucinated on her medication but may be hiding secrets too. But she finds her own proof that what happened in the bayou was real

... MORE and vows to find the truth while further memories of a dark episode with Kit begin to resurface. Mary holds a vigil for her missing daughter that brings a new lead and John gleans insight into Emma’s past.LESS
EPISODE 1.3

Someone Worse Than Me

Emma searches for the truth about Jess and finds that Pete worked at Saint Jerome House. Wary of his increasing control over her she panics and reaches out to a figure from her past. But

... MORE a chilling memory of her with Theresa reveals new secrets. Mary crosses her own moral line in her obsession to bring Karen Miller to justice. And John finds who Karen loved most.LESS
EPISODE 1.4

I Don't Know You

Emma in freefall at her growing distrust of Pete. When she learns he owns the cabin she decamps to the storm shelter where she discovers eerie mementoes that make her feel unsafe. A violent encounter

... MORE drives her to reach out to Esther and discover her death. Grief stricken she lies to Rose and flees the town. John and Mary’s conflict of interest over Esther has devastating consequences.LESS
EPISODE 1.5

I Got Here By Myself

Emma’s return to Minnesota goes to the core of her being. Her secret protected by Esther is her daughter, Freya, being raised by foster parents. Emma wants Freya back but is finally persuaded by Pete

... MORE to trust him and he will help her. Power shifts further to John in his relationship with Mary when she discovers his past. Rose finds the truth about Emma and John finally tracks his prey.LESS
EPISODE 1.6

Emma determines to start her life again to be the mother her daughter deserves. Mary and John face their own exiles from their respective worlds and despite her horror at John’s true nature she is

... MORE locked in his chilling power game and must continue her connection in the hope it leads to the truth about her daughter. Her world falls apart when Theresa’s remains are found.LESS
EPISODE 1.7

Now You See Me

Faced with news of Theresa’s murder, Emma begins to fear what she may be capable of having done. A local woman with second sight triggers chilling memories that point to Emma’s involvement in Theresa’s death

... MORE and lead to a disturbing discovery of further damage to girls at the group home. John draws closer to an unsuspecting Emma and Mary clears her life of everything except revenge.LESS
EPISODE 1.8

Emma finds herself isolated and finally making sense of a past where she murdered Theresa because she was having an affair with Kit. To assuage her guilt she pursues the truth about Jess and puts

... MORE herself in further danger and leaves herself open to the terrifying presence of John Tyler. Mary numbs her pain with sex and drugs and renews John’s mission, unaware he is reaching his dangerous peak.LESS
EPISODE 1.9

Emma uncovers the truth at Saint Jerome House and unwittingly sets off a terrible chain reaction in Rose who reaches out to Mary. John gaslights Emma via Tom’s phone and arranges to meet her with

... MORE terrifying repercussions. The trauma of this finally unlocks her memories and reveals Theresa as Kit’s murderous accomplice.LESS
EPISODE 1.10

The Dead Come Back

Emma fights to survive John. Mary attempts a rescue that sees both women fight John to the death. In the coverup Mary learns the painful truth about Theresa. Mary reneges on her promise to clear

... MORE Emma’s name and Emma has to flee. Finding her daughter has been taken by Theresa, Emma vows to find her. The killer of Jess is revealed and brutal justice is delivered to the Lord family.LESS
See all

Tell Me Your Secrets: Season 1 / Reviews

Silly as all get-out, but fun to watch.

A bleak show that withholds information in order to ramp up the mystery, but to the detriment of a coherent story.

The cynical imprint that Tell Me Your Secrets' leaves behind is that it's nearly impossible to change for the better...

An engaging watch, despite other notable flaws.

The script treats this like a potboiler when it deserves more seriousness.