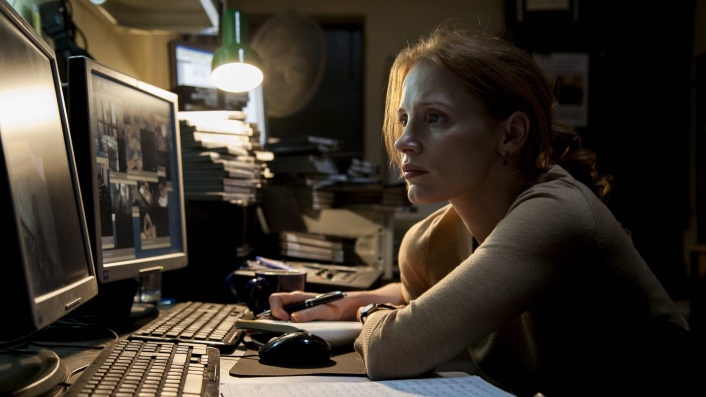 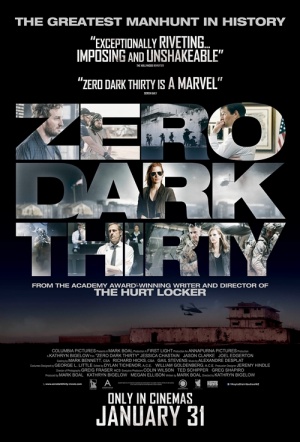 Oscar-winning director Kathryn Bigelow (The Hurt Locker) returns with this modern-day thriller telling the true story of the international hunt for Osama bin Laden. The massive resources of the United States combine with the efforts of a determined CIA operative (Jessica Chastain in a Golden Globe-winning performance) and the bravery of a Navy SEAL team to locate and kill the al-Qaeda leader.

For a decade, an elite team of intelligence and military operatives, working in secret across the globe, devoted themselves to a single goal: to find and eliminate the infamous terrorist. CIA agent Maya becomes a veteran of the hunt, surviving multiple attacks but never wavering in her conviction that bin Laden's courier holds the key to locating the terrorist. While it brings her into conflict with her station chief (Kyle Chandler), Maya's determination eventually sees a team of Navy SEALs prepare for an audacious history-making assault on a residence in Pakistan.

The most important American fiction movie about Sept. 11.

It's an effective thriller - uninterested in anyone other than the home team.

Bigelow proves herself once again to be a master of heightened realism and narrative drive in this retelling of the decade-long search for Osama bin Laden.

A taut and morally ambiguous procedural for the ages.

Gripping throughout, with an impressive central performance, this is like a Dogme 95 redo of a Chuck Norris film ...

It's a film about revenge and its immense costs, different from a common vigilante story because of the target, not the arc.