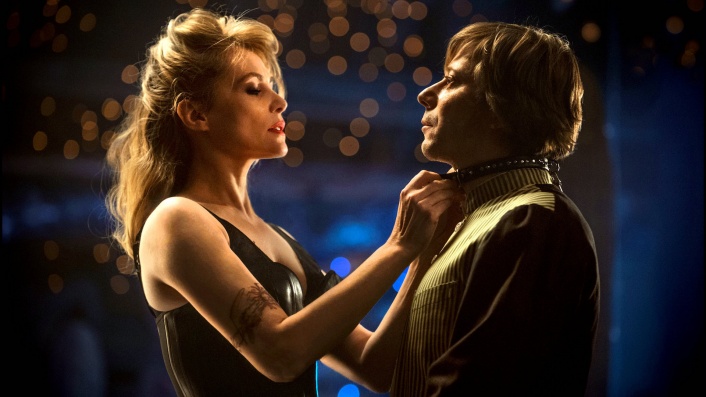 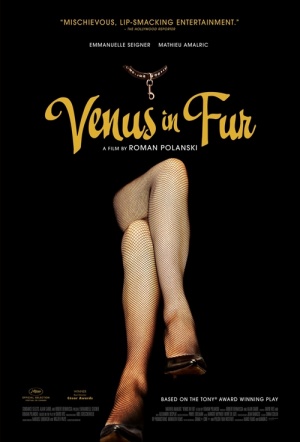 Filmmaking legend Roman Polanski adapts David Ives’ two-person stage drama about an actress who engages in a power struggle with a director as she attempts to convince him that she’s perfect for the role in his upcoming production. Features The Diving Bell and the Butterfly stars Emmanuelle Seigner and Mathieu Amalric in the lead roles. Nominated for the Palme d'Or at Cannes 2013.

No one can accuse Roman Polanski of taking the easy option. Venus in Fur is a French film, of an English play, about a play, that is an adaptation of a book … in German. Let’s start with the book. Leopold van Sacher-Masoch’s Venus in Furs, a 19th century Austrian work that contributed to the author’s greatest claim to fame – the term “masochism” is derived from his name.

Finds Roman Polanski transferring a New York stage hit to the screen with maximum fidelity and facility, and a minimum of fuss.

It's theatrical but increasingly fascinating.

As always with Polanski, the narrative's eccentricities are cloaked in an expert veneer of classicism.

One of the delights of Mr. Ives's play, and of Mr. Polanski's nimble rendering of it, is the way it jumps in and out of the play within.

A playful if occasionally heavy-handed jeu d'ésprit on the subject of sexual role-play, the games we all play, illusion and reality, and directing as a sexual act.

Seigner is the star attraction here, giving one of the best performances of her distinguished career.

An enjoyably witty two-hander, confined to its theatre setting, yet with much to say about gender roles in the world beyond.