Ukraine is not a Brothel 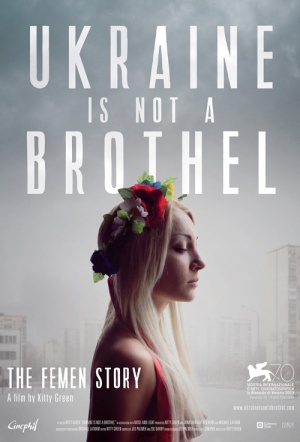 Bare-all documentary on Ukraine's exhibitionist feminist sensation FEMEN. Outraged by the world's image of Ukrainian women as either brides for sale or commodities of sex tourism, FEMEN bare their breasts in protest in order to disrupt the perception and agitate brutal patriarchal forces. Debut from Australian filmmaker Kitty Green.

A movement that began in the snow-filled streets of a corrupt, post-Soviet Ukraine, FEMEN’s naked war against patriarchy is gaining momentum across Europe. But before they take the world by storm, these women must first confront the perverse and contradictory forces that power their own 'titillating' feminist organisation.

An insightful and cinematic look at the complex truth behind the topless protests phenomenon.

An insightful and cinematic look at the complex truth behind the topless protests phenomenon.