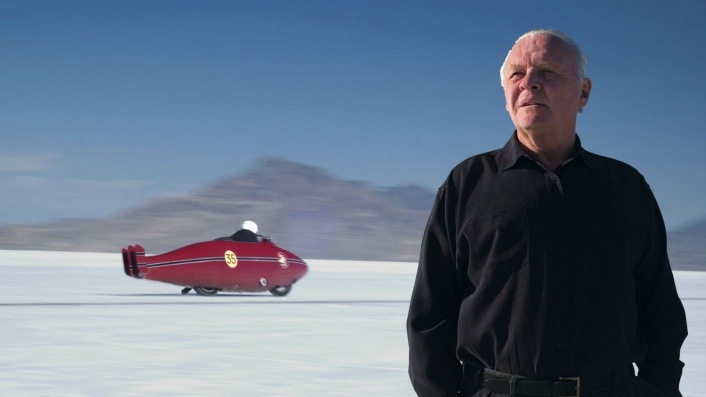 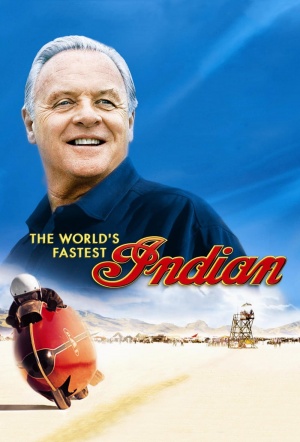 From Roger Donaldson (Smash Palace), the true story of Burt Munro (Anthony Hopkins) from Invercargill who set out to set the land speed record at the ripe old age of 68.

Munro spent several decades building a modified classic Indian motorcycle. He did so on the cheap, using that famous Kiwi ingenuity, then headed to Utah's Bonneville Salt Flats, to attempt to brake the land speed record. Variety: "Tells the tale of a funny old coot who sets out to become the world's fastest motorcyclist at an age when most of his contemporaries are settling into rocking chairs."

The heart of the matter, the whimsically resilient personality of its subject, rings so true as to prevail over the script's ordinariness and silly indulgences...

Hopkin's Munro is a thoughtful and complete characterisation...

This is not a great New Zealand film. But it's a bloody good one...