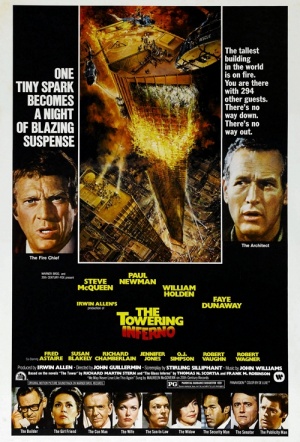 An all-star cast gathers for this Oscar-winning disaster film in which fire erupts at the opening party of a colossal, but poorly constructed, office building. The fire threatens to destroy the tower and everyone in it.