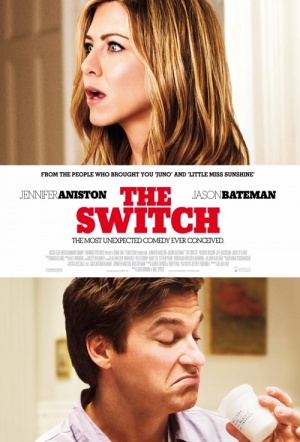 Jennifer Aniston pairs with Jason Bateman in this comedy about friendship, love, sperm donation and a sneaky switch-a-roo.

Kassie (Aniston), despite her best pal Wally's (Bateman) objections, decides it's time to have a baby – even if it means doing it by herself with a little help from a charming sperm donor (Patrick Wilson). But, unbeknownst to her, Kassie's plans go awry because of a last-minute switch-a-roo performed by a drunk Wally. That isn't discovered until seven years later when Kassie moves back into town, with her cute kid in tow.