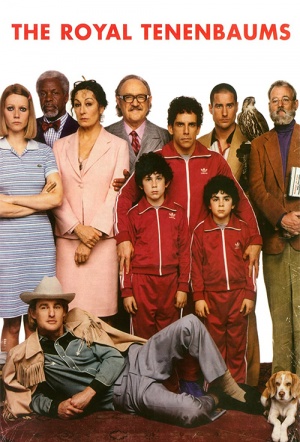 The editor of Film Comment said in awe of The Royal Tenenbaums: "I have never seen moments like these in any other movie". This aptly observed the movie's sense of revelation for fans. If Wes Anderson's earlier films (the brilliant Bottle Rocket, Rushmore) didn't do it already, Tenenbaums – the storybook-like tale of a family of failed geniuses yearning for past glories – heralded the arrival of an original voice in film comedy.

Underachieves in its own way by trapping an expansive, probing story in a brittle, highly artificial style that constricts character and emotional development.

At once endearing and unbearably show-offy, it seems to be the product of a sensibility formed by age-inappropriate reading.

Anderson offers no phony uplift for the Tenenbaums or for audiences. But he does know how to take a sad song and make it better. In these troubled times, that's a gift.

Exists on a knife edge between comedy and sadness. There are big laughs, and then quiet moments when we're touched.

Director Wes Anderson, who also co-wrote the "Royal" script with actor Owen Wilson, unquestionably has one of America's most distinctive filmmaking sensibilities, but that is part of the problem. As my mother used to say, too good is no good.