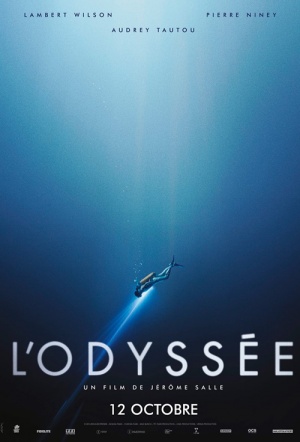 "1948. Jacques-Yves Cousteau, his wife, and his two sons live in paradise in a beautiful house looking out over the Mediterranean Sea. But Cousteau dreams of adventure. Thanks to his invention, an autonomous diving suit that allows him to breathe underwater, he has discovered a new world. He will explore this world, and is prepared to sacrifice everything to do so." (Alliance Française French Film Festival)