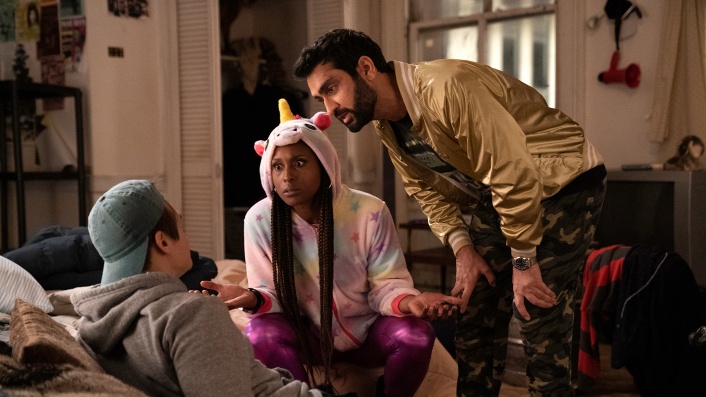 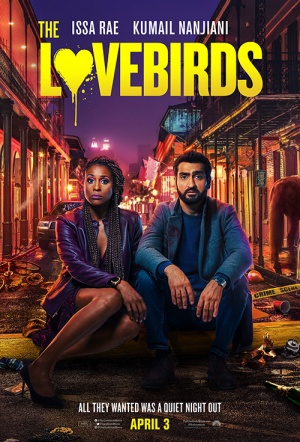 A couple on the brink of breaking up find themselves embroiled in a bizarre murder mystery and must find a way to keep their relationship together long enough to clear their names.

Funny and fresh for all the right reasons... with a tightly structured script and Nanjiani's and Rae's raucous yet down-to-earth performances, The Lovebirds makes for a delightful and unexpected ride.

Issa Rae and Kumail Nanjiani generate big laughs and a sense of genuine connection as a New Orleans couple on the skids who find out what they really mean to each other when psychos try to kill them. The knockabout result is inspired lunacy.

Their characters may have their differences, but Nanjiani and Rae are a match made in heaven.

Rae and Nanjiani do their best, but neither the dialogue nor the direction serves their talents adequately.

The plot is insubstantial in the extreme, but Rae and Nanjiani are so cool, and their loose, free-flowing improv so winning, that you probably won't care.

The truth is that “The Lovebirds” makes all too much sense on Netflix. Michael Showalter’s follow-up to “The Big Sick” is as flat and algorithmic as his last rom-com was poignant and alive.

“The Lovebirds” quickly descends into the kind of synthetically plotted, harmless-at-its-core caper that may remind you of a ramshackle Hollywood action comedy like “Date Night.”

ae, a fun-loving everywoman, is best-known for creating and starring in the terrific HBO series “Insecure,” while the awkwardly observational Nanjiani co-wrote and starred in the Oscar-nominated “The Big Sick.” Both of ’em are swell, but in “The Lovebirds” the actors are, to borrow a popular new phrase, alone together.

Nanijani and Rae work well together, although “chemistry” is perhaps a stretch: there was more of a genuine romantic spark between Nanijani and his erstwhile co-star Zoe Kazan in his 2017 film The Big Sick...