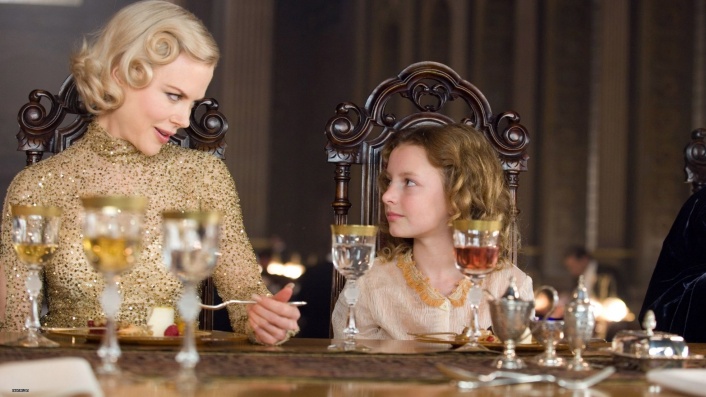 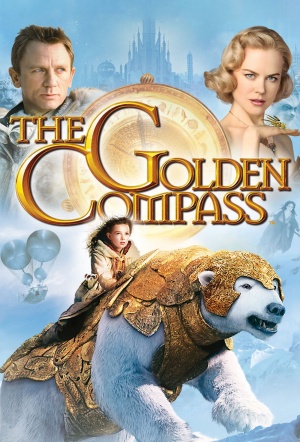 Hot on the heels of the 'Lord Of The Rings' and 'Lion, Witch and the Wardrobe' buzz is the 'His Dark Materials' trilogy. The award winning fantasy novels (released in 95, 97 & 2000) are by author Philip Pullman and have been praised for their adventurous stories enriched by philosophical metaphors.

This is based on the first novel (also released under the title 'Northern Lights'). It's set in a parallel universe – where people's souls manifest themselves as small animals, talking bears fight wars, and children are mysteriously disappearing. It follows 12-year-old Lyra (newcomer Dakato Blue Richards) and her quest to find her kidnapped friend Roger. Unwittingly catapulted into the heart of a much bigger, terrible struggle, Lyra is forced to seek aid from the good and bad of her world.
Academy Awards 08; Best Visual Effects | BAFTAs 08; Best Visual Effects
2007Rating: PG, Mild fantasy violence, some scenes may frighten young children113 minsUSA
AdventureKids & FamilyFantasy

Nicole Kidman’s glittering villainess, some gorgeously rendered CG design and a bolshy, 11-year-old heroine can’t entirely rescue this $180-million franchise gamble from a juddering, shuddering outcome. Not a failure by any stretch, but Compass leaves its future hanging in the balance...

A "soft" epic, a film touching on childhood fantasies with sturdy, unwavering characters driven to evil or good. More "Harry Potter," in other words, than "Beowulf."...

Me, I just think it blows. What does it matter if you spend millions on a movie - love the talking, battling bears! - if the effects are cheesy, the story runs off on tangents and after watching the movie fail utterly to be the next Lord of the Rings, you just want to go home...

A darker, deeper fantasy epic than the "Rings" trilogy, "The Chronicles of Narnia" or the "Potter" films. It springs from the same British world of quasi-philosophical magic, but creates more complex villains and poses more intriguing questions. As a visual experience, it is superb. As an escapist fantasy, it is challenging....

A crushing disappointment for fans and a scuppered opportunity for a cinematic event. That the first book has been so mishandled doesn’t bode well for the (already greenlit) more complicated ones to come...

This is what happens when filmmakers bend over backwards to try to please everyone. Nobody's really happy...