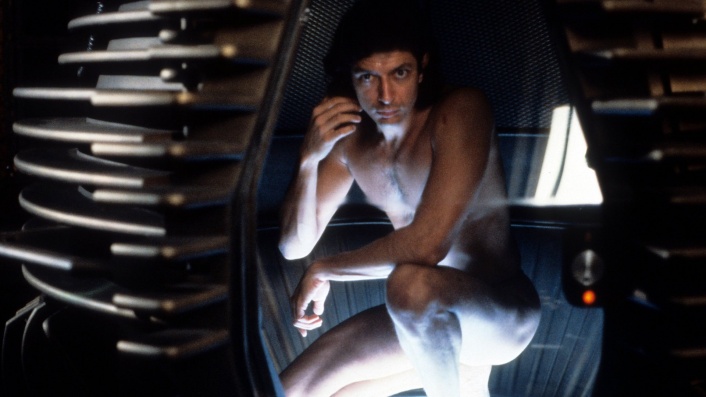 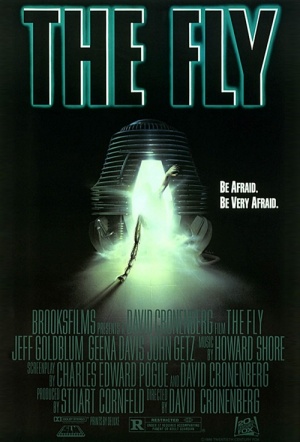 David Cronenberg turns George Langelaan’s science-fiction short story (previously adapted for the screen in 1958) into a horror cinema masterpiece, placing Jeff Goldblum in the shoes of scientist Seth Brundle whose revolutionary teleportation device has a disastrous side effect when an innocent fly disrupts his self-inhabited test-run.

For Veronica Quaife (Geena Davis), a journalist who winds up in a romantic fling with Seth, this technological breakthrough is the scoop she’s looking for. But Seth’s seemingly successful human trial – in which he was the guinea pig – is disfiguring him, slowly. At first, he gains some spectacular superhuman abilities, only to succumb to mutations that become increasingly more grotesque – and Veronica is the unfortunate witness…

Not for the squeamish. Casting Jeff Goldblum was a good choice as he brings a quirky, common touch to the spacey scientist role.

The playful, quirky chemistry between Goldblum and Davis in the first half of the movie ensures that this gothic horror is heartbreaking as well as stomach-churning.

What makes The Fly such a stunning piece of obsessive film making is the way Cronenberg deftly allows us to identify with his monstrous creation.