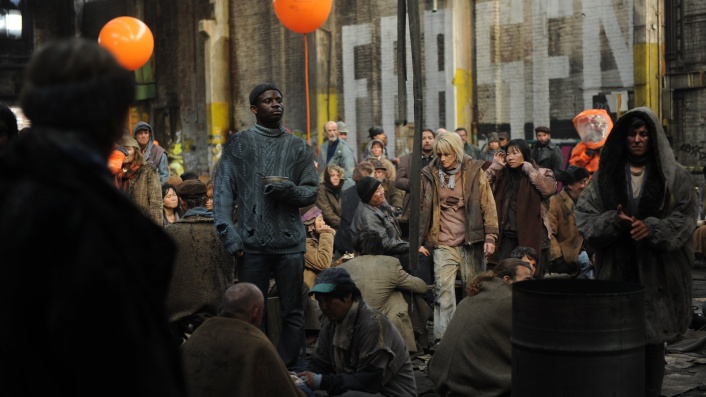 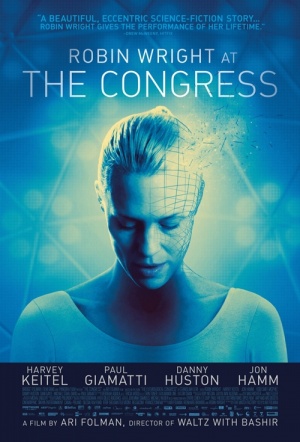 Crossing between animation and live-action, this science fiction drama stars Robin Wright (Forrest Gump) as Robin Wright, an aging and out-of-work actress who agrees to have her image scanned and kept in a movie-making computer-powered animated world. More

When Mirramount Studios shows a desire to 3D scan her bodily image for use in computer-generated movies – with the promise that this “new” Robin will stay forever young – Wright accept the deal and the enormous pay check with it. The following two decades see a dramatic change in the distribution of the 3D Robin, as well as the animated world she resides in. From the Israeli director of the animated documentary Waltz with Bashir.

Admirers of Waltz With Bashir should seriously adjust their expectations for this trippy cautionary tale.

Folman takes a determined stride into the past with this dizzying, disjointed, always fascinating live action-animation hybrid

It hunts high and low for the human element in a virtual world. And yet for all its modish gestures, there is something endearingly retro about Folman's handling.

Too much of Ari Folman’s half-animated science-fiction feature The Congress feels just a bit off...

A fascinating and visually impressive intellectual helter-skelter ride, but the lack of narrative coherence lets down its promising sci-fi concepts and satire.

The Congress is available to stream in Australia now on Google Play and Apple TV and Prime Video Store.