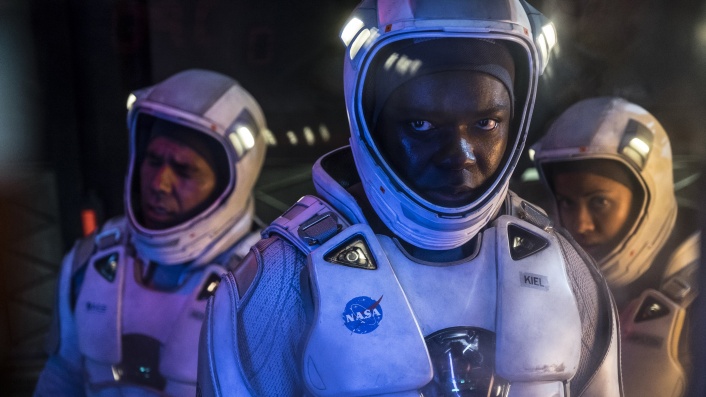 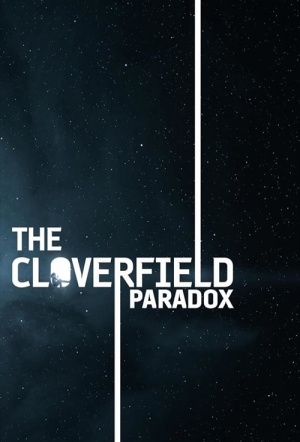 In the third entry in J. J. Abrams's acclaimed Cloverfield series, a team of astronauts aboard a space station fight for survival while their reality is altered.

We live in an era of extremes for film distribution. The big studios are more risk averse than ever, virtually obliterating the mid-budget movie and pumping out directed-by-committee blockbusters. Netflix, meanwhile, are doing all sorts of weird and interesting things, including splurging on a science fiction thriller from a marquee franchise – only properly announcing it at the Super Bowl, hours before a surprise and unprecedented debut.

Here's what it looks like when a routine bad movie goes off its rocker.

Gives off the tired vibe of a TV episode you've already seen.

Sounds intriguing, but the actual movie is strangely plain, eyesore-overlit and uselessly frantic.

The Cloverfield Paradox is an unholy mess.

What excitement this movie is able to muster soon gives way to the startling realisation that virtually none of its twists, for all their dimension-hopping audacity, have been coherently or intelligently thought through.

A trainwreck of a sci-fi flick bent on extending a franchise that should have died a peaceful death almost exactly one decade ago.

...a fairly routine sci-fi thriller where most of the scenes tend to work as single units, but don't connect together nearly as well as they should... The Cloverfield Paradox is available to stream in Australia now on Netflix.