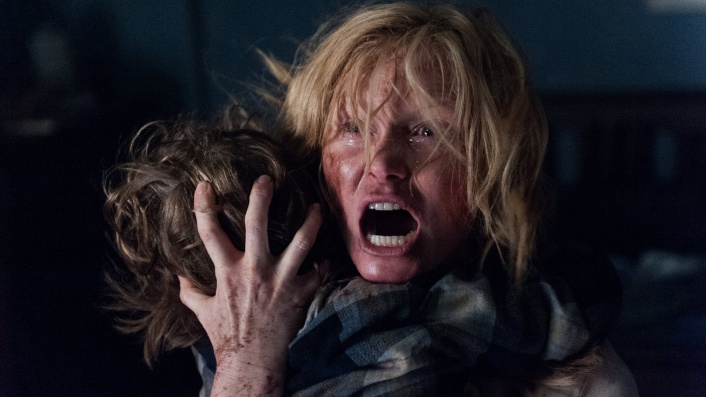 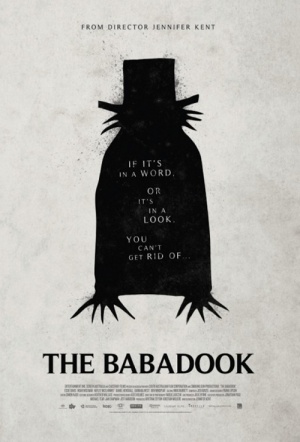 Aussie horror starring Essie Davis (Matrix Revolutions) as a widowed mother trying to take care of her out of control six-year-old son, who becomes increasingly agitated with the belief that a pop-up book monster called The Babadook will kill them both. Written and directed by Jennifer Kent, making her feature debut based on her 2005 short film Monster.

"'Do you want to die?', seven-year-old Samuel (Noah Wiseman) asks his stressed-out single mother, Amelia (Davis). She wonders if his question is a threat or a warning. After dealing with Samuel’s frantic tantrums his entire life, Amelia suspects that her son has begun directing his violent misbehavior toward her. However, after a dark and foreboding children’s book called Mister Babadook mysteriously appears on Samuel’s bookshelf, Amelia must decide if her son is truly deranged, or if there really is a bogeyman lurking in their darkened halls at night... Builds up tension and dread in this damaged family’s home before introducing the terrifying possibility that something even more ominous may be stalking the dysfunctional pair." (Toronto International Film Festival)

Manages to deliver real, seat-grabbing jolts while also touching on more serious themes of loss, grief and other demons that can not be so easily vanquished.

A haunting tale with deep wells of howling grief at its centre, this is one bedtime story that will stay with you for weeks. Sleep tight.

Who thinks up a film like The Babadook?... has the narrative chutzpah to show [Kent's] entire hand in the pop-up story and then make us squirm as foretold events come true.

Clever, thoroughly satisfying and neatly unsettling... [it's] about a kind of haunting, but of who or what? This is the question that simmers throughout the film.

Cleverly playing off the classic fear of monsters lurking under the bed... a distinctive domestic horror story. Impressive first film has the handcrafted feel of a pre-digital shocker.

You have one entertaining and frightening experience in store.

One of the strongest, most effective horror films of recent years — with awards-quality lead work from Essie Davis, and a brilliantly designed new monster who could well become the break-out spook archetype of the decade.