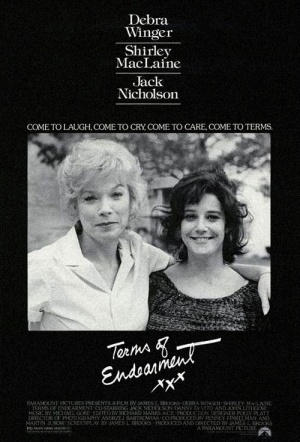 Brooks' dialog is wonderful throughout and all the characters carry off their assignments beautifully, even down to Danny De Vito and Norman Bennett as MacLaine's other suffering suitors.

Its soppy story is freed from cheap tear-jerking by Brooks' confident direction, Larry McMurtry's poignant script and a flawless ensemble.

A funny, touching, beautifully acted film that covers more territory than it can easily manage.

The most remarkable achievement of Terms of Endearment, which is filled with great achievements, is its ability to find the balance between the funny and the sad, between moments of deep truth and other moments of high ridiculousness.

No-wonder Jack was so keen to land this role. It was simply perfect for him.